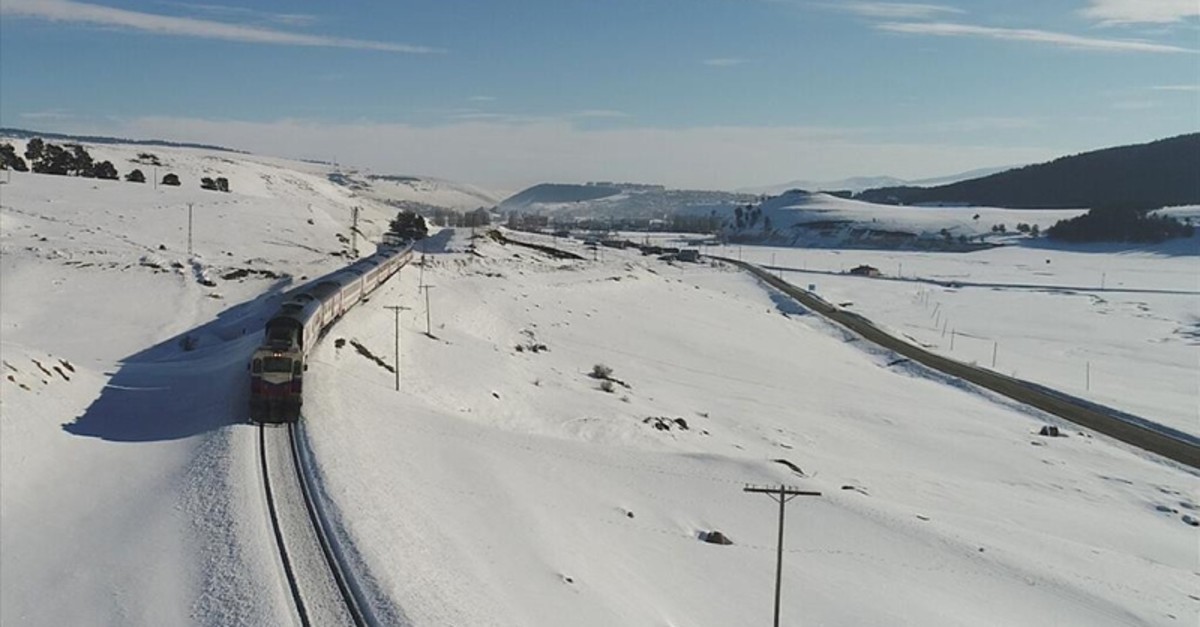 A new train will be put into service solely for the purpose of tourism after the Eastern Express became so popular that people trying to reach eastern Turkey by train can no longer find tickets, the culture and tourism minister said Monday.

The Eastern Express travels from the capital Ankara to eastern Kars province and became extremely popular after people started sharing photos of the scenery on social media.

Noting that it is almost impossible to find tickets for the Eastern Express, Culture and Tourism Minister Mehmet Nuri Ersoy said that they will put into service a new train for tourism purposes.

The minister boarded the Eastern Express in Erzurum and headed to Kars as he told reporters that the train reveals eastern Turkey's tourism potential.

He noted that talks are being held with the Minister of Transport Cahit Turhan to organize an alternative train service on the same route, which will enable more people to travel to the east and enjoy the beauties of the region.

Highlighting that the main purpose of the Eastern Express was to provide safe and delay-free transportation services in Turkey's snow-covered east, Ersoy said that the train could easily make the region an international tourism destination.

The new train service will also aim to meet the demands and expectations of international tourists, to encourage more people to visit the region.

"Train services have serious tourism potential," the minister said, adding that Turkey will utilize this potential and fill the gap.

According to official data from State Railways, the Eastern Express carried 14,165 passengers from Ankara to Kars in the first few months of the winter last year. The seats are booked as soon as tickets go on sale and the extra wagons that are added to the express cannot cover demand. The express was on the verge of closure due to lack of interest but now has helped boost tourism in Kars.

Before the popularity of the express, the average age of passengers was 50, but now, university students are the biggest group.

Photographers and videographers are frequent passengers, as the experience provides a wealth of landscapes and vistas, especially during wintertime. For those seeking to be dazzled by a winter wonderland, January and February are ideal times for travel.

After leaving Ankara, the train makes brief stops in the eastern cities of Kırıkkale, Kayseri, Sivas, Erzincan and Erzurum before reaching Kars. At the end of the trip, passengers stretch their legs – or take a sleigh ride – on the frozen Çıldır Lake in Kars, which offers another famous photo-op.

Until a few years ago taking the 24-hour train ride for a 1,365 km (850 mile) trip – instead of a plane journey of little over an hour – would have been considered madness, despite the ridiculously cheap price.

Things changed when a group of young Turkish tourists decided to do away with speed and booked sleeping car reservations on the train. Naturally, they shared the experience on social media and from then on the train became a popular venue for fun, adventure, socializing and new experiences.