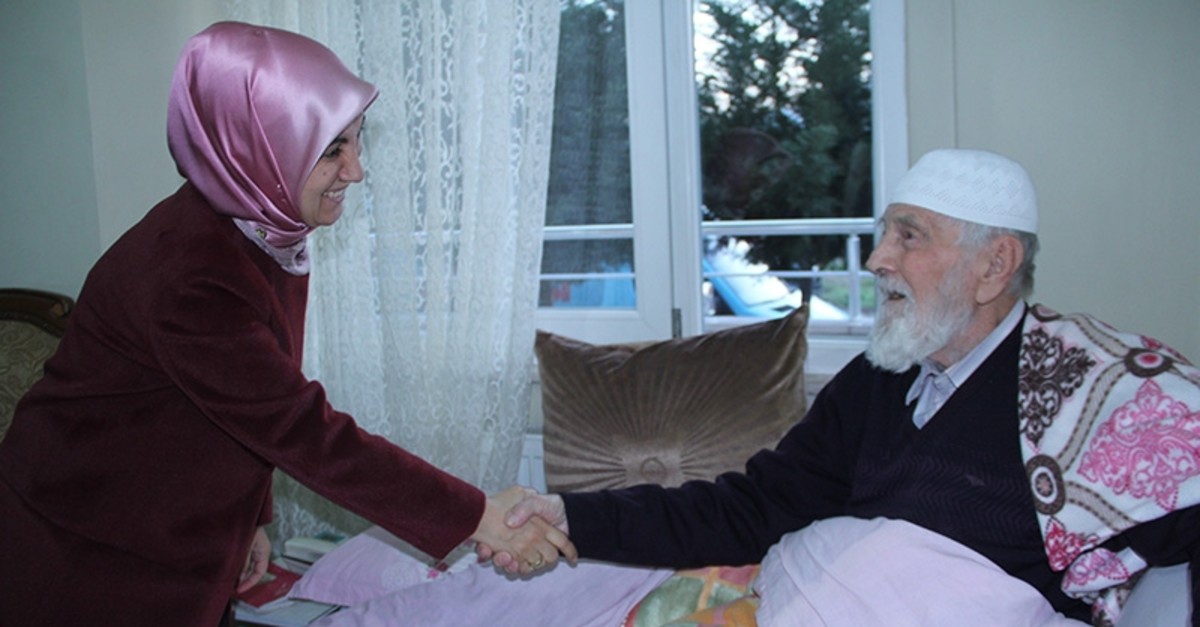 A 95-year-old man in northwestern Turkey certainly has a full house when it comes time for family reunions.

Mülayim Can, who lives in northwestern Bursa province, has the distinction of boasting 152 grandchildren and great-grandchildren in his family tree.

His story came to public attention when he was visited by a deputy from the ruling Justice and Development Party (AK Party), Vildan Yılmaz Gürel, who came to his door amid her election campaign.

Can welcomed Gürel into his home, and in the course of the conversation, told the lawmaker he has been married twice and has 12 children and 152 grandchildren and great-grandchildren, though he doesn't know most of their names.

Can, an immigrant from the former Yugoslavia, also told Gürel that he fought in World War II.

He told the AK Party deputy that he keeps President Recep Tayyip Erdoğan in his prayers.