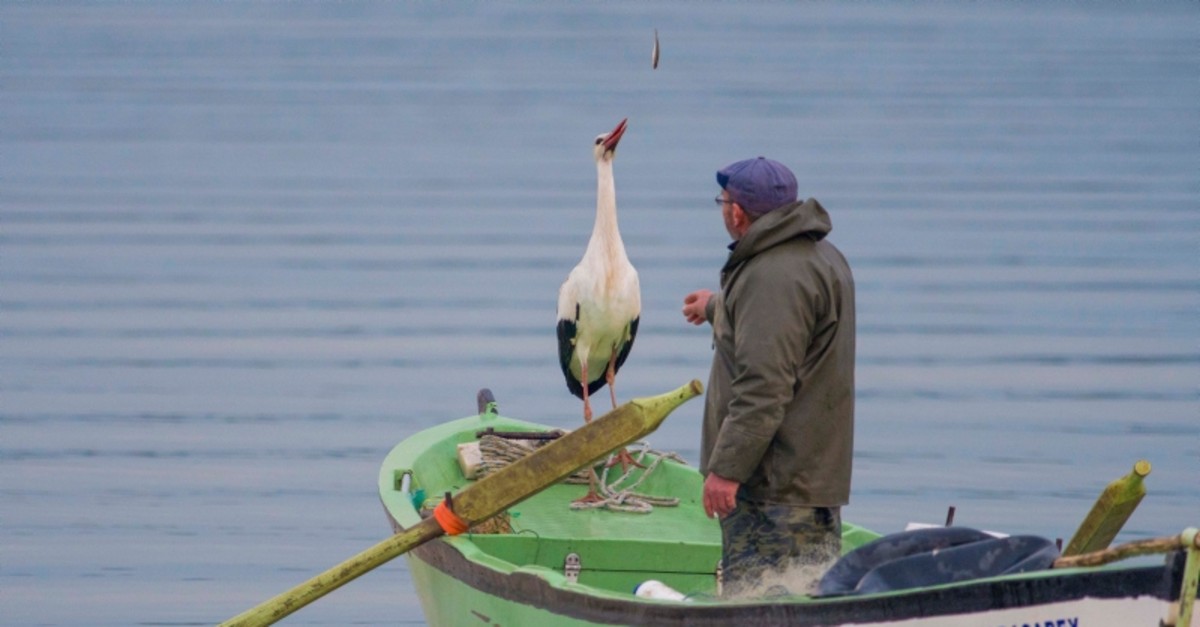 The story of the fabulous friendship between a 65-year-old fisherman and a stork in Turkey's northwestern Bursa province will soon be filmed and hit the silver screen.

Adem Yılmaz and the stork's friendship started seven years ago, when the fowl perched on Yılmaz's fishing boat at Lake Uluabat and was fed by him.

Named as "Yaren" by Yılmaz, the stork is one of hundreds of other migrating birds which arrive in the small village of Eskikaraağaç, —the only member of the European Stork Village Network from Turkey- in May.

The story quickly caught global attention and was even displayed at a shadow play in Greece.

Yaren has picked Yılmaz's fishing boat to perch every year since then and waits for him to feed it with fish. The two occasionally go fishing together, which has been pictured by photographers.

Many say Yaren sees the man's fishing boat as its home and lands on it despite having traveled thousands of kilometers.

Photographer Alper Tüydeş, who took the first photos of Yılmaz and Yaren and revealed their story, will now work with documentary film-maker Burak Doğansoysal to film the heartwarming story.

The shooting of the film has already started at Eskikaraağaç, reports said, noting that it will focus on Yılmaz and Yaren's friendship, as well as the village's emotional attachment with the storks.

The storks start to arrive in May and build their nests on the roofs of houses and the tops of poles in Eskikarağaç.

Approximately 500 storks, who spent the summer with their young fledglings in more than 100 nests around the lake monitored by Karacabey Municipality, start to migrate to warmer regions at the end of the summer.