Horizontal urbanization to change the skyline 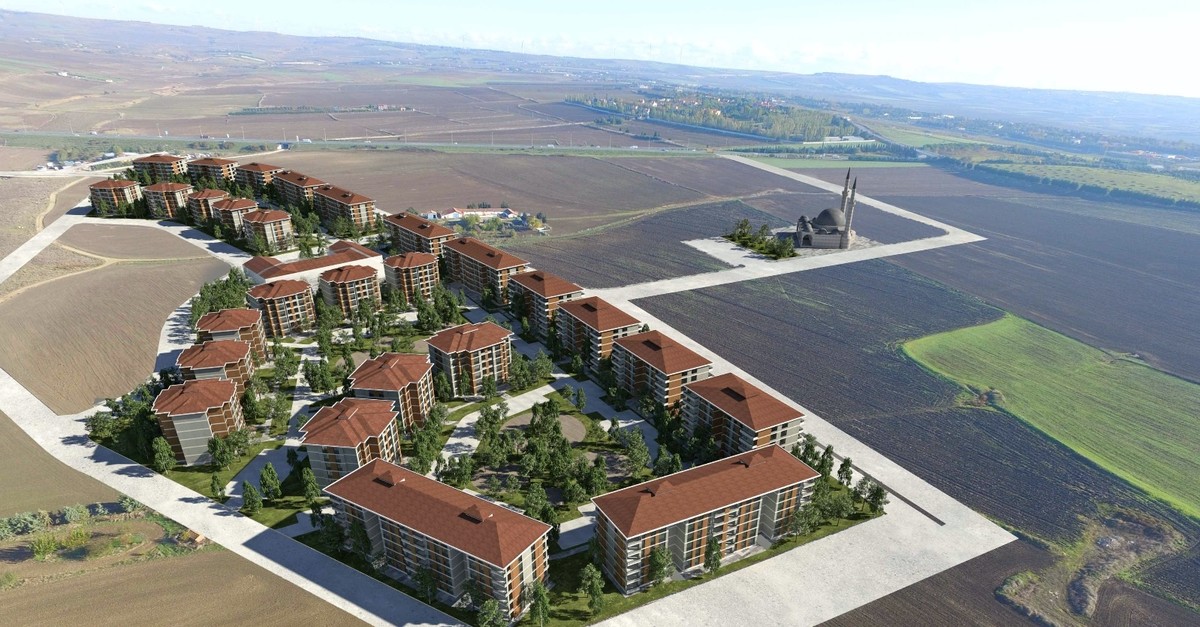 A housing project in Istanbulu2019s Silivri district based on the horizontal urbanization concept.
by Daily Sabah with Agencies Mar 04, 2019 12:09 am

Battling tall buildings that spoil the skyline in big cities, the government launched a campaign to decrease the number of floors in residential buildings for ‘horizontal urbanization'

From Istanbul to İzmir, big cities are increasingly being dotted with tall buildings, from simple residential buildings to towering skyscrapers. Growth in population and the economy shrinks spaces, while the construction sector relies on skyscrapers for quick revenues in the short term.

President Recep Tayyip Erdoğan, who repeatedly voiced his opposition to "buildings spoiling the silhouette of a city," prepares to unveil a new campaign, Rising Turkey with Horizontal Urbanization, to encourage shorter buildings. Sabah newspaper reported that at an event this week, Erdoğan would showcase state-run housing agency TOKİ's 50,000 new social housing units that would consist of short apartment buildings. The showcase event will be an opportunity for the president to reiterate his drive for shorter buildings, an issue included in the ruling Justice and Development (AK) Party's election manifesto for upcoming municipal elections.

TOKİ mainly builds housing projects for low-income families and has started selling of apartment buildings that consist of four floors at most, unlike the enormous tall apartment blocks it constructed in the past decade.

In an earlier election manifesto speech on horizontal urbanization, Erdoğan said that the issue would be at the heart of Turkey's urbanization vision in the coming years. "We will develop a concept that would make cities more mingled with soil [than concrete], enliven neighborhood culture and keep relations between neighbors alive," he has said. The president complained, "Apartment buildings with 50-odd stories killed neighbors' relations and many people living there did not know each other." For Erdoğan, shorter buildings are the key to resolving a series of urban issues like better social services and increased green spaces as well as forming "smart" cities.

Horizontal urbanization will be applied in every city in pilot areas, and the government plans to expand it to more areas in the future. It might look difficult to apply in cities where living spaces are already limited but the government plans to overcome this obstacle by promoting shorter buildings in areas designated for "urban transformation." Urban transformation, another government-sponsored project, involves demolition of old buildings, particularly those under the risk of collapse and construction of new buildings in those areas. Erdoğan, a former mayor credited with the redevelopment of the country's most populated city, Istanbul, has previously expressed his worries about the current state of cities where development is "driven by personal greed rather than a consideration for people's needs."

Population growth in Turkey occurs at a faster rate in cities than in rural areas, and internal migration only aggravates housing problems. A boom in the construction sector tied to this growth forces Turkey to juggle the preservation of green spaces with addressing the needs of growing population. On the cultural aspect, older generations complain the loss of "neighborhood culture" where people living in buildings with five floors at most would interact better and knew each other.