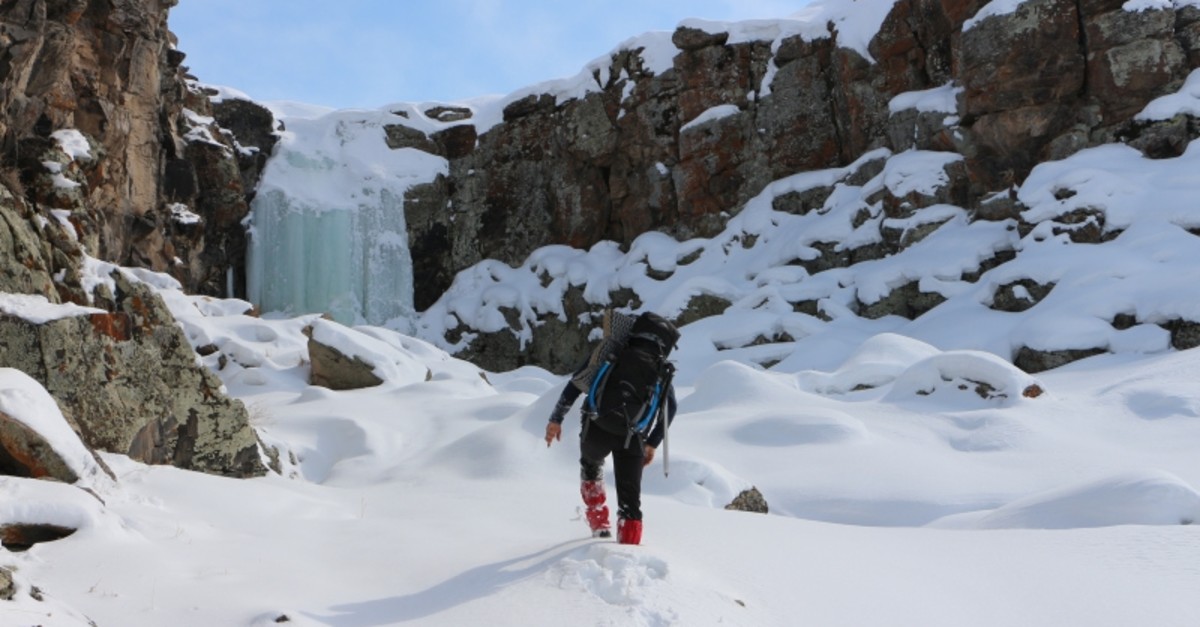 The Lower Toklu Waterfall in the Taşlıçay district of Ağrı has become a frequented spot among winter athletes, as its summer flows freeze solid in the winter, turning into a milky blue glacier clinging to the surrounding brown-gray rock face. 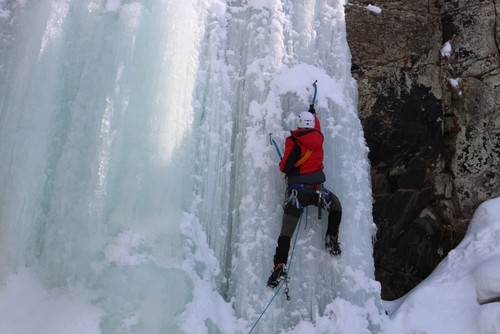 Sönmez said the club, in addition to mountaineering, rock climbing and hiking in the region, also climbs the dazzling glaciers formed when the waterfalls freeze.

"In time, this waterfall will be the preferred choice of many ice climbers," Sönmez said.

Sportsman Muhammed Akkuş, a frequent climber in the region, said the Lower Toklu Waterfall is the most enjoyable ice climb he's ever made.

Akkuş noted that the freezing temperatures, which he said drop to -20 degrees Celsius (-4 degrees F), make the spot ideal for ice climbing.

"In such cold weather, the waterfall freezes and offers excellent possibilities," he told AA.

Akkuş said he and his friends plan to climb at the Lower Toklu Waterfall more often in the future, and he thinks others should too.

The waterfall should be promoted more widely to alert more ice climbers to the opportunity, he said.