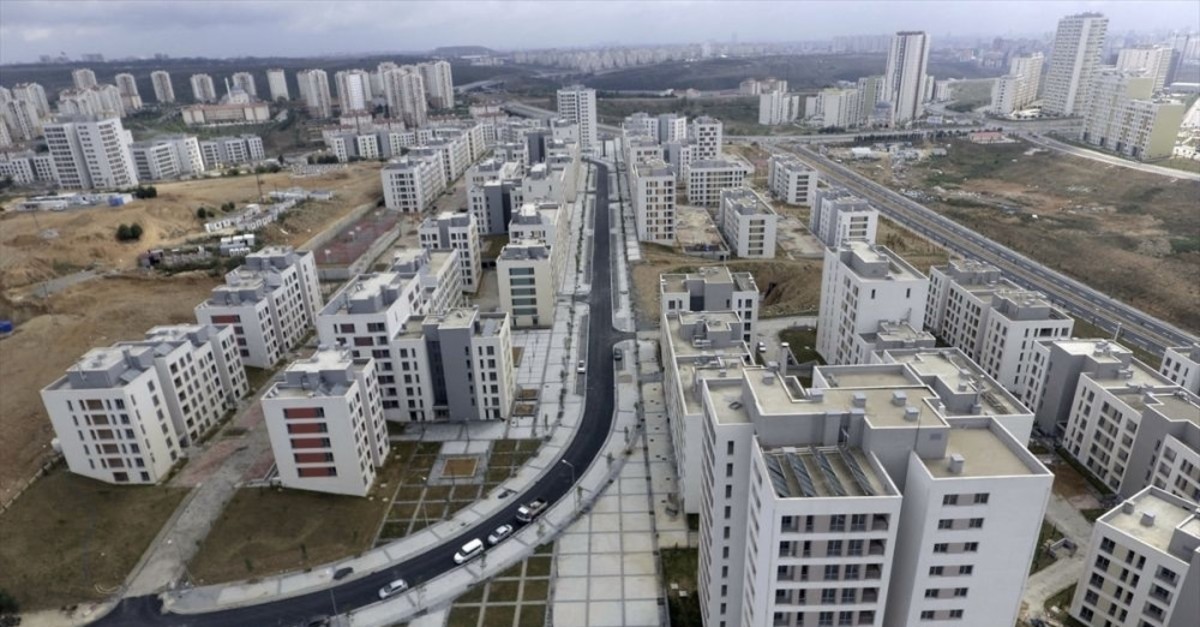 Low-rise buildings and more accommodation are key in the government's bid to cater to low-income families as President Recep Tayyip Erdoğan launched a project for 50,000 new housing units with a focus on ‘horizontal urbanization'

President Recep Tayyip Erdoğan, concerned over tall buildings dominating the skyline in Turkey, tries to make cities less populated with skyscrapers and strives to spread affordable housing for low-income families. So, a project by state-run housing agency TOKİ launched yesterday was a win-win for the government. President Erdoğan introduced the project for the construction of 50,000 new social housing units "with horizontal urbanization" at an event in Istanbul's Kasımpaşa district, while TOKİ officially handed 53,000 units to its owners at the event. The houses will be built in 67 cities across Turkey, including 6,300 in Istanbul.

"Horizontal urbanization" refers to a drive by the country's leaders to encourage low-rise buildings where big cities, from Istanbul to İzmir, are increasingly being dotted with towering apartment blocks. Spurred by the economic growth and rapid rise in population migrating to cities, tall buildings, which also allow the construction sector to earn more by saving spaces, became an eyesore for their critics. Erdoğan has repeatedly voiced his opposition to "buildings spoiling the silhouette of a city." The issue had found its way into the ruling Justice and Development Party's (AK Party) election manifesto for upcoming municipal elections.

TOKİ, which mainly builds housing projects for low-income families, has already started selling apartment buildings that consist of four floors at most, unlike the enormously tall apartment blocks it constructed in the past decade. Horizontal urbanization will be applied in every city in pilot areas, and the government plans to expand it to more areas in the future. It will be a challenging task to apply in cities where living spaces are already limited, but the government plans to overcome this obstacle by promoting low-rise buildings in areas designated for "urban transformation." Urban transformation, another government-sponsored project, involves the demolition of old buildings, particularly those under the risk of collapse, and the construction of new buildings in those areas The president, a former mayor credited with the redevelopment of the country's most populated city, Istanbul, has previously expressed his worries about the current state of cities where development is "driven by personal greed rather than a consideration for people's needs."

Speaking at the event, Erdoğan said 50,000 new houses by TOKİ will have "four floors at most." "They will be in the tradition of architecture of our nation and will revive a neighborhood culture. Our cities will transform into places where people are closer to soil and greenery," Erdoğan said. The size of the houses will vary between 75 square meters and 128 square meters. The president said it will be integrated with an "urban transformation" project by the government that replaces old buildings under the risk of collapse with new ones.

Cities grow faster in population terms when compared to rural areas in Turkey, and internal migration is a major factor aggravating the housing problem. A boom in the construction sector tied to this growth forces Turkey to juggle the preservation of green spaces with addressing the needs of the growing population. Considering the cultural aspect, older generations complain abut the loss of a "neighborhood culture," where people living in buildings with five floors at most would interact better and knew each other.