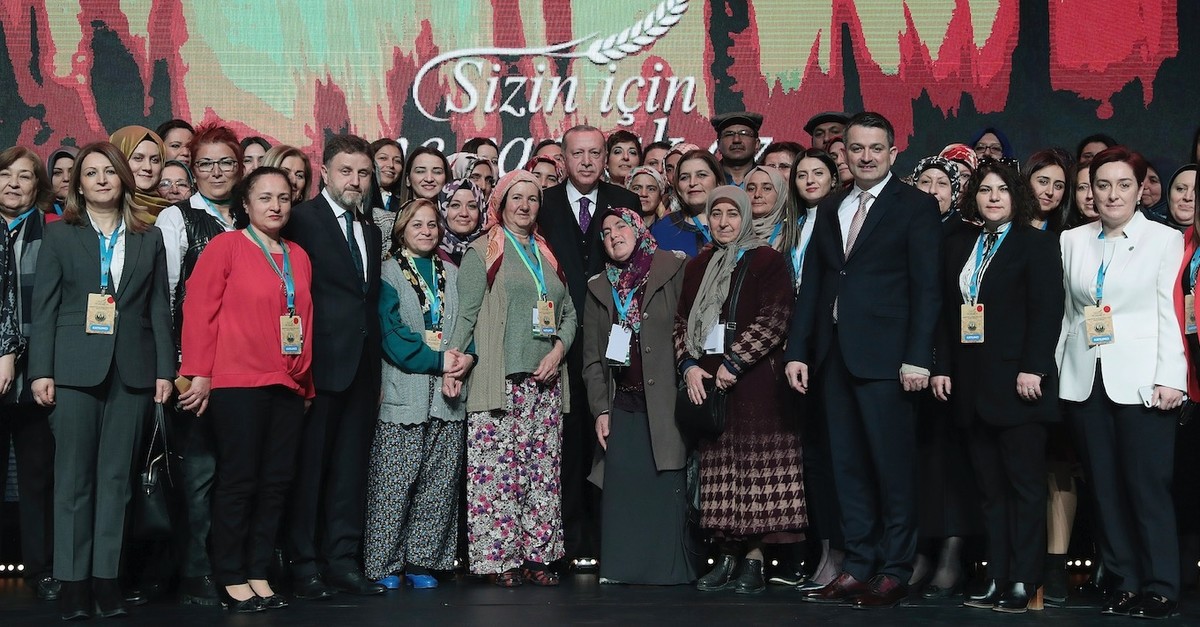 Farmers from around Turkey met President Recep Tayyip Erdoğan in the presidential complex in the capital Ankara Wednesday in an event sponsored by Agricultural Credit Cooperatives of Turkey, one of the largest agricultural bodies. The president addressed a group of farmers in traditional clothes and pledged more incentives to improve agriculture.

The president said it was important for the presidency to be in close contact with farmers in the "house of the nation." Cooperatives are a continuation of Anatolian culture where people help each other at harvest time," Erdoğan said.

Erdoğan said they would pay subsidies of TL 3.7 billion to farmers in March, covering everything from livestock subsidies to electricity used in irrigation systems.

Since Turkey is now fighting high food prices, government-sponsored sale points for vegetables have been set up in cities, offering vegetables for cheaper prices to the public. Cooperatives are the suppliers for the sale points. In his speech, Erdoğan criticized speculators that drove up prices and pledged support for consumers and farmers. He likened speculators to a "national security threat as bad as terrorist groups."

"We won't let anyone target the labor of farmers," he said.

Local municipalities in Istanbul and Ankara launched the direct sale points last month to counter soaring consumer prices for foodstuffs, offering a number of agricultural products at an affordable price for the average consumer. This practice was later initiated in a number of other provinces. The sale points, launched to circumvent middlemen and profiteers, are greatly demanded by citizens and are likely to spread across Turkey. With the start of vegetable sales at municipal direct sale points, prices in wholesale vegetable markets and supermarket chains have dropped by half.

Erdoğan also touched upon the importance of the preservation of farmlands and said turning farmlands "into concrete" was "a betrayal to the country." He said Turkey has designated 258 farmlands as protected areas and plans to increase it to 300.

Speaking on agricultural policies, Erdoğan said their priority was to reduce imports and increase agriculture exports.