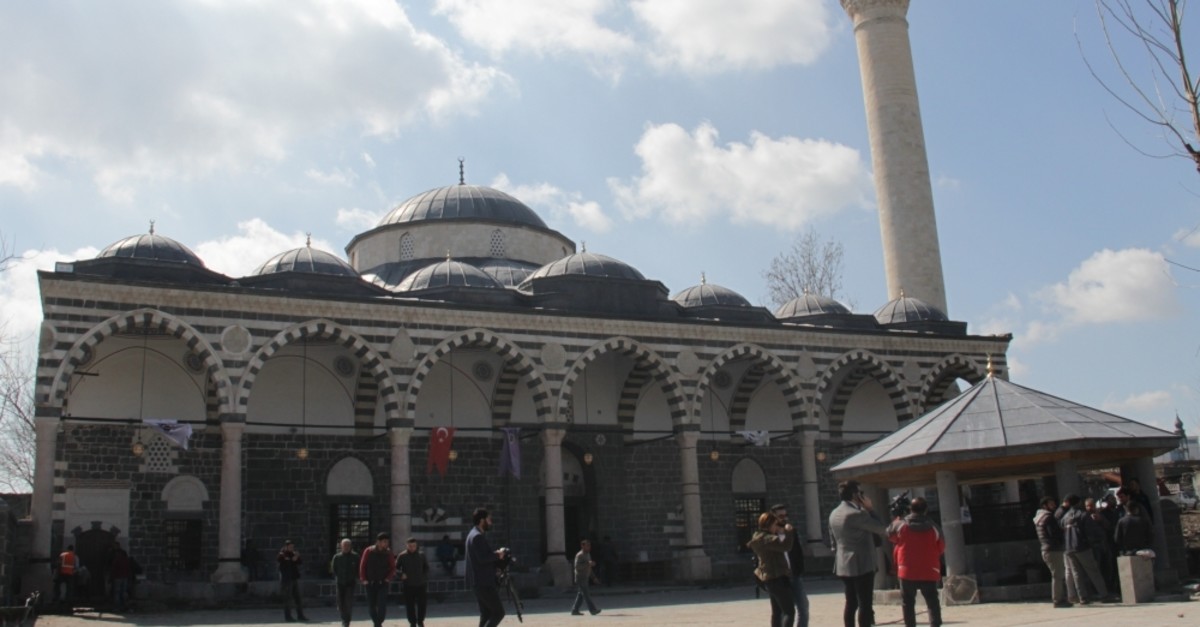 Four years after it was gutted by a fire set by PKK terrorists, a historic mosque in southeastern Turkey will reopen for worship today.

Restoration of the 500-year-old Fatih Paşa mosque, which was damaged when the PKK dug trenches, set up barriers and detonated explosives in Diyarbakır's Sur district, has been completed, according to Abdullah Çiftçi, a local official.

"The mosque was restored at a cost of TL 10 million in line with its original structure," Çiftçi told Anadolu Agency (AA), expressing pleasure at reopening such an important mosque for worship.

He said that the mosque was one of the first marks of the heritage of the Ottoman Empire, as well as being a symbolic structure of Diyarbakır. He explained that the mosque was used as a position by PKK terrorists and suffered great damage when they set it on fire, together with sacred objects inside, including holy Qurans. He said the restoration efforts started right after successful operations by Turkish security forces against the terrorists.

The historic mosque, also known as the "Lead-Covered mosque," was built by Bıyıklı Mehmet Pasha, who was appointed Diyarbakır's governor in 1516. It will re-enter service to worshipers with a program to mark Laylat al-Ragha'ip, or the Islamic night of wishes, with the attendance of Ali Erbaş, the head of Turkey's Presidency of Religious Affairs.

The PKK is listed as a terrorist organization by Turkey, the U.S. and the EU. In its more than 30-year terror campaign against Turkey, it has been responsible for the deaths of some 40,000 people, including women and children.