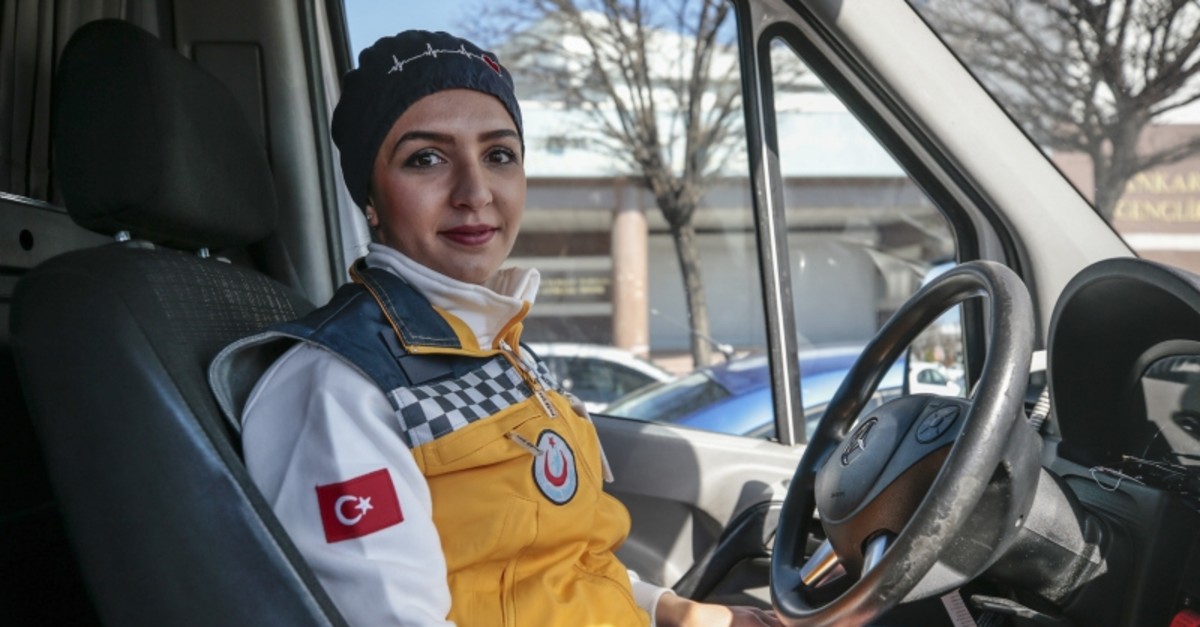 Büşra Teke always liked the idea of saving lives as a way of earning a living. But she also enjoys driving cars. So, she did what anyone would do and combined both paths into one.

"What could possibly be better than being an ambulance driver?" the 29-year-old married mother of a toddler joked. "It's my dream job."

Friday is International Women's Day. This year's theme is Balance for Better. But instead of recognizing the work of women, some will have little chance to take notice because their occupations demand their full attention. In the male-dominated profession of ambulance driving, Teke is a bit of a unicorn. Well, one of 100 unicorns in the Turkish capital to be exact. But that number is rising. The number of female drivers has gone up in the past couple of years, according to a ministry official that did not give exact figures.

In the four years she has been on the job, Teke has faced her fair share of discrimination and skepticism due to her gender.

Some patients' relatives hesitate to get in the ambulance after seeing that she is the driver. "But they apologize soon after they safely arrive at their destination," she said during an interview with Anadolu Agency (AA) at Ankara's General Health Directorate. The most challenging part of her job is traffic accidents where the difference between life and death can be minutes, if not seconds.

"We're pleased when we see that the patient we carried is back in good health," she added.

Female drivers always give her a positive response, and they have respect for her occupation, she said. Hande Arı, 29, a female teacher, offered support. "I do believe women ambulance drivers are doing a decent job," she said. "This job shouldn't belong to men only. I wouldn't mind my daughter doing this job in the future. Enough with patriarchy." The two paramedics Teke works closely with in trying to save a patient's life had nothing but praise for her driving abilities. But it is from another group where she feels most appreciated. "It is especially the elderly who appreciate our job. They congratulate us, and sometimes they wave at us when they see us on duty," she said.

"What I love about my job is simply saving human lives. There are some harsh things we encounter, but we prefer to focus on the bright side of the coin," she explained. Those "hard things" come from the other half of the human species. "Saving lives is always pleasing, especially when you save a baby, but there are some serious challenges. "When male drivers see me driving, they don't usually give way, and I have trouble in traffic while struggling to get the patient to the hospital on time. They pressure us," she complained.

She argued women drivers are more detailed thinkers and so more active and aware behind the wheel. "On the other hand, male ambulance drivers are more muscular, so it's easier for them to do driving maneuvers," she said. Muscle is the one area where Teke believes she concedes to her male counterparts. "Due to muscular differences, men and women don't possess the same physical power. Carrying patients might sometimes be difficult."