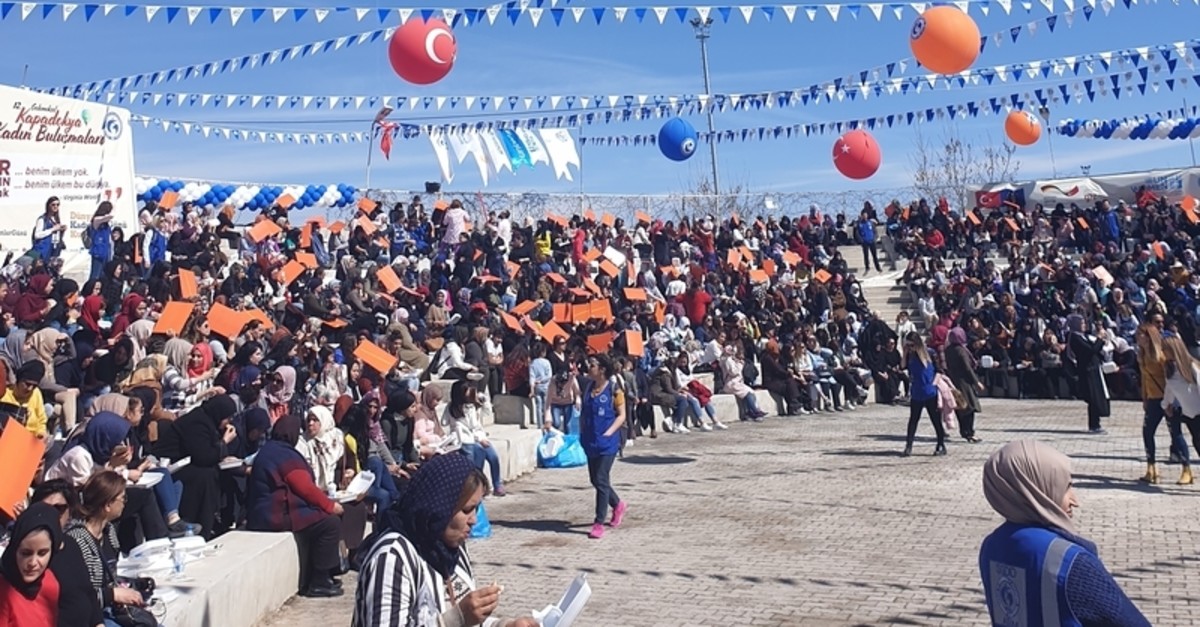 by Özgenur Sevinç Mar 23, 2019 12:26 am
Nearly 2,000 refugee women living in Turkey came together in the popular tourism destination of Cappadocia in central Anatolia on Saturday to celebrate International Women's Day with the aim of raising awareness about the common problems faced by refugee women and strengthening solidarity among them.

In the annual event organized by the Association for Solidarity with Asylum Seekers and Migrants (ASAM), refugee women, who have been living in different parts of Turkey, met in Cappadocia under the theme "Women Are Stronger Together."

Refugee women, each with unique stories and backgrounds, had a break from their daily chores and responsibilities and enjoyed a day in tourist hot spot Cappadocia, participating in various social activities. The refugee women came from a variety of provinces, including Ankara, Nevşehir, Konya, Kırşehir and Gaziantep. This year the event was held for the 12th time.

In the gathering, which showed that solidarity among women knows no boundaries, the "Neighboring Women's Patchwork" prepared jointly by Turkish and refugee women carried the traces of both Turkish culture and the refugee women's own cultures, resulting in a beautiful, colorful design with several patterns and silhouettes of displaced women.

Speaking to the Daily Sabah about the event, the ASAM's Deputy General Coordinator Buket Bahar Divrak said: "This event aims to draw attention to the similar problems women living in different regions encounter, enhancing solidarity and contributing to the social cohesion between locals and refugee women."

According to the Interior Ministry's Directorate General of Migration Management's data from February 2019, the number of registered refugees who are under temporary protection or international protection in Turkey is over 4 million, half of which is women and young girls.

Particularly, the number of Syrian women taking shelter in Turkey is high. Many Syrian women hoping for a fresh start had to leave their homes because of the civil war that started in 2011. The Syrian women and other refugees in Cappadocia indicated that despite the burden of the dark memories of war, they have been attempting to build a new future and stand on their own feet.
RELATED TOPICS