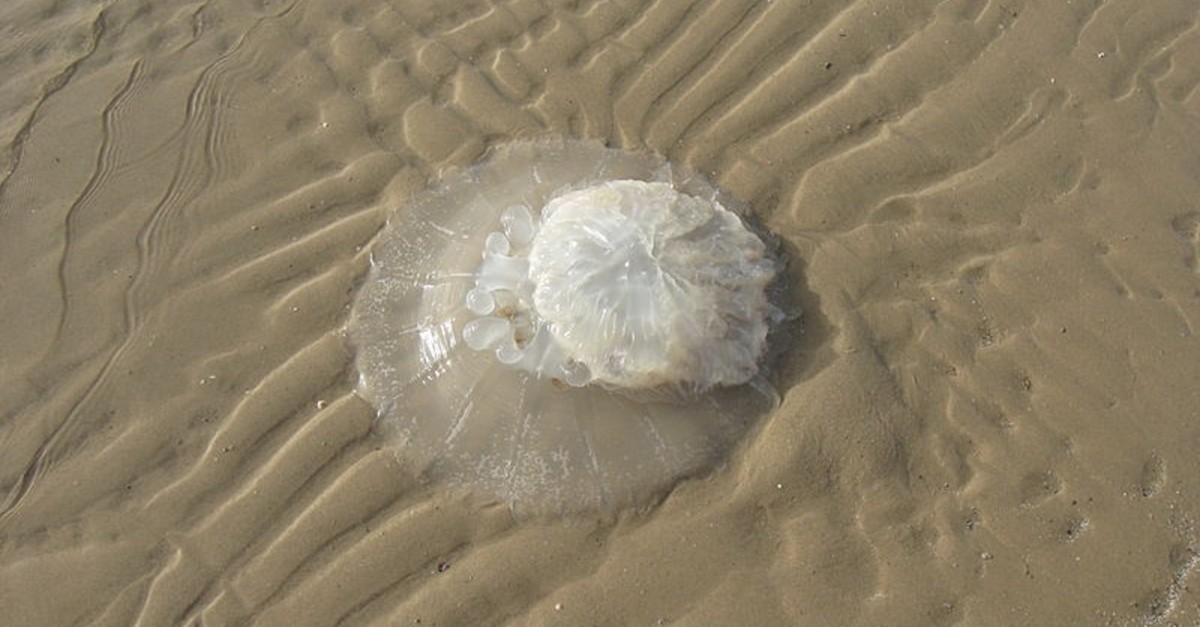 Beachgoers in southern Antalya should be on the lookout for the nomad jellyfish, a species that can cause very painful injuries to humans, as they recently been spotted off the coast of the Mediterranean province.

Mehmet Cengiz Deval, dean of Akdeniz University's Faculty of Aquaculture, said that westward surface currents can sweep the nomad jellyfishes (Rhopilema nomadica) to the coasts of Antalya from their breeding grounds in the Gulf of Iskenderun.

"During this temporary period, swimmers, divers, amateur or professional fishermen and lifeguards must be cautious and avoid any contact with the jellyfish," Deval said, adding that the sea creatures should not be touched even if they have washed ashore and died.

The jellyfish have vermicular filaments covered in venomous stinging cells called nematocysts, Deval explained. When a human comes in contact with a jellyfish, these venomous cells attach to the skin.

Deval noted that nematocysts' sting becomes much worse if they burst open and therefore, "nematocysts that have not yet been opened should be removed as soon as possible or prevented from opening."

He said that the most secure way to remove nematocysts from the skin without breaking them open is to use sea water, adding, "Tentacles that cannot be removed by sea water can be removed by using ammonia or by grasping with a blunt-edged object or by gently plucking with tweezers."

People should avoid scrubbing or scratching their skin or washing the area with fresh water if they touch a jellyfish, since these actions cause nematocysts to burst and the effects of their venom to worsen, Deval said.

"If you touch the jellyfish with your hands, you must keep your hands away from your face. Otherwise, it will irritate your eyes," Deval said, adding, "It's good to go to the hospital in case of high risk."

Nomad jellyfish are indigenous to tropical warm waters of the Indian and Pacific Oceans. However, since the 1970s, they have also been found in the Mediterranean Sea, including off the coasts of Israel and Turkey, and in the Aegean Sea off the coast of Greece. The European Union lists nomad jellyfish as one of the worst invasive marine species in European waters.