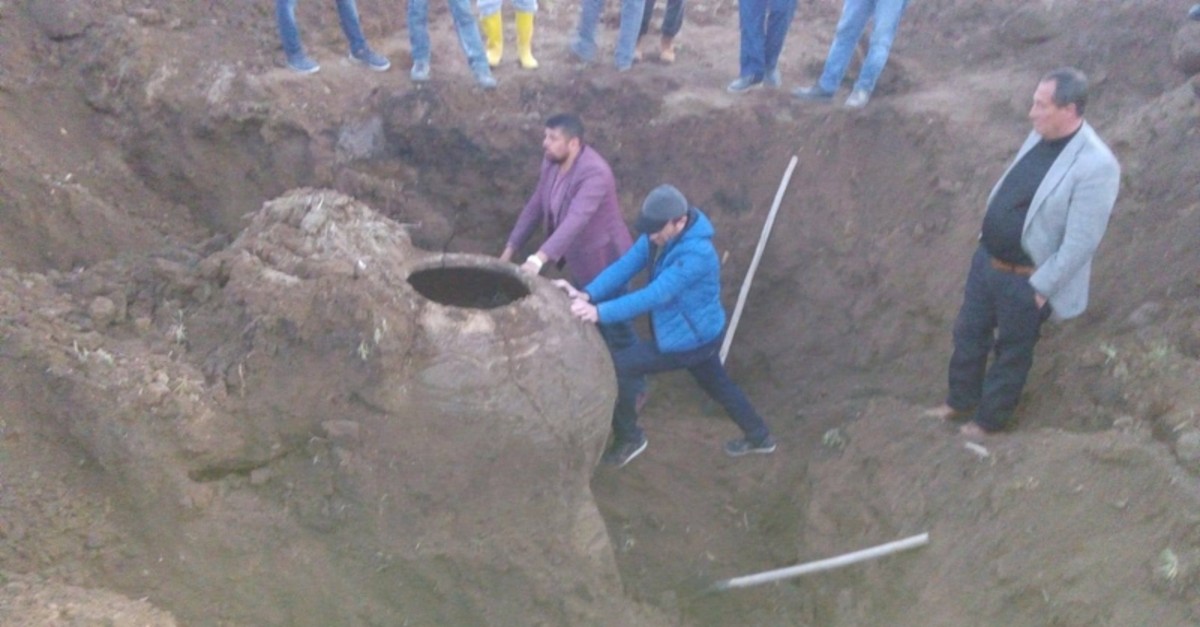 A farmer plowing his field in Turkey's central Niğde province discovered a large pithos believed to be dating back to the Byzantine period, reports said Monday.

The unidentified farmer in Niğde's Altunhisar district came across what he thought was a rock as he was plowing the field near Kınık neighborhood.

He got out of his tractor and started digging around the rock and found the pithos.

The farmer immediately informed authorities at Niğde Museum Directorate and the Provincial Cultural and Tourism Directorate regarding the discovery, who sent archaeologists to the farm, reports said.

Experts unearthed the ancient pithos and put it under the protection of the museum.

They noted that the pithos was made out of clay and was used to store grains and food supplies.

Found in the Neolithic, Bronze and the Iron Ages, pithoi were used for bulk storage, primarily for fluids and grains.