Turkey to grant citizenship to Ahıska Turks living in US 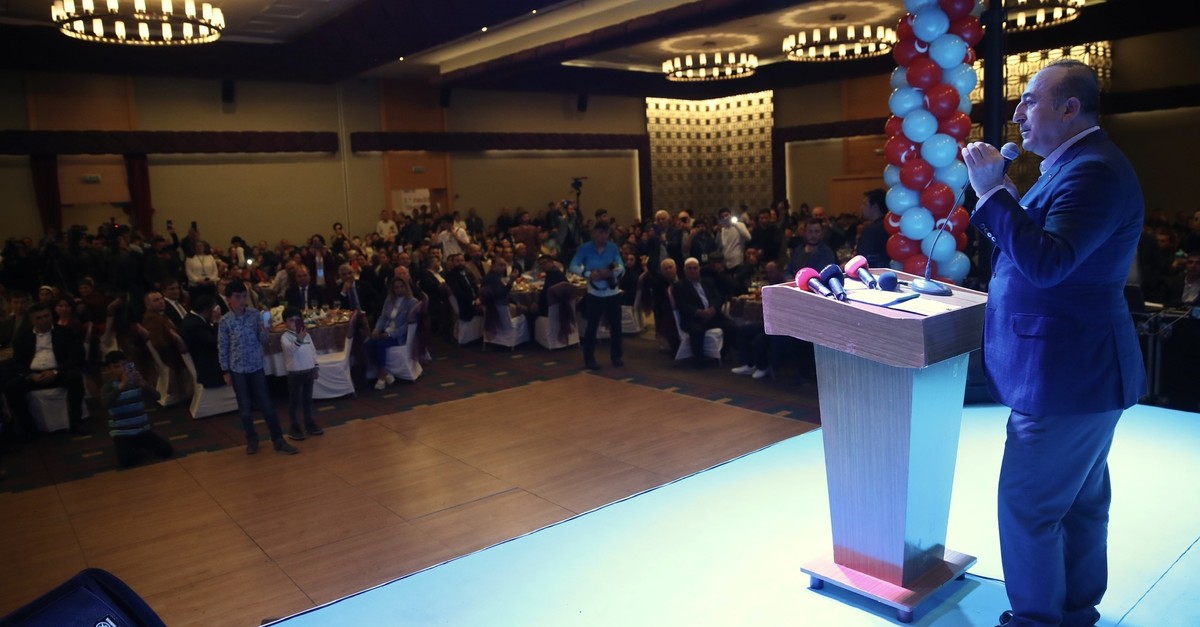 Members of the Ahıska or Meskhetian ethnic Turkic community in the U.S. will be granted Turkish citizenship, Foreign Minister Mevlüt Çavuşoğlu has said.

"Turkey will offer double-citizenship to the Ahıska Turks who are already U.S. citizens and living in the U.S.," Çavuşoğlu said at an event at the Mediterranean branch of the World Union of Ahıska Turks in Antalya.

Turkey will coordinate with the World Ahıska Turks Association during the process, he added.

During nearly 40 days of deportation from their homeland to Uzbekistan, Kazakhstan and Kyrgyzstan, around 13,000 Ahıska Turks lost their lives due to hunger, cold weather and diseases, the association said.

Numerous members of the community migrated again after the fall of the Soviet Union to countries including Turkey and the U.S. The estimated number of the Ahıska diaspora living in Turkey, Kazakhstan, Russia, Azerbaijan, Kyrgyzstan, Uzbekistan, the U.S. and Ukraine stands at around half a million.

President Recep Tayyip Erdoğan gave special priority to the plight of the community and supervised their settlement in Turkey after many were displaced due to the conflict in Ukraine. More than 30,000 Ahıska Turks have already been granted Turkish citizenship.

Minister Çavuşoğlu said that Turkey has always been supportive of Ahıska Turks and worked to restore their right to return to their homeland in Georgia. "There have been challenges along the road but it was important that they had this right," Çavuşoğlu said. "Some brothers and sisters did not want to go back to Meskhetia and they cannot be blamed as they have to start a new life there and find new jobs," he added.

Around half a million Ahıska Turks live in Turkey, Kazakhstan, Russia, Azerbaijan, Kyrgyzstan, Uzbekistan, the U.S. and Ukraine.