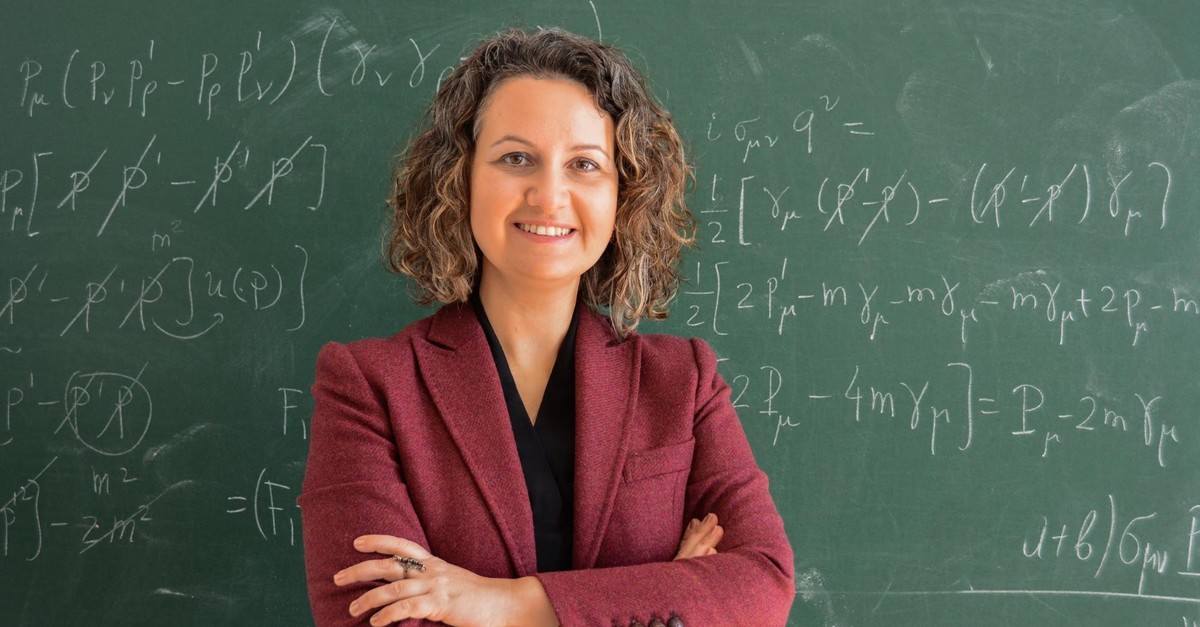 Turkish professor Melahat Bilge Demirköz, a lecturer in the Physics Department of the Middle East Technical University (METU), has been selected for the Forum of Young Global Leaders, initiated by the World Economic Forum (WEF). Demirköz, a world-renowned scientist, also serves as the science advisor to the Academic and Scientific Cooperation Project of Turkey (TABIP), a project of Turkey's state-run Yunus Emre Institute. The World Economic Forum selects new members to the Forum of Young Global Leaders every year.

Demirköz is an astroparticle physicist at METU. After studying at Massachusetts Institute of Technology (MIT) and Oxford for her undergraduate and graduate degrees, she worked at the European Organization for Nuclear Research (CERN), IFAE Barcelona and Cambridge University. After a total of 14 years abroad, working on building silicon particle detectors and data analysis for the ATLAS Experiment as well as the space radiation with the AMS Experiment, she returned to Turkey in 2011.

Demirköz stated that her goal was to bring Turkey closer to CERN and the international scientific environment and to build stable and sustainable research collaborations for the benefit of world peace. She is now building a proton irradiation facility in Turkey for space research in collaboration with CERN. Demirköz received multiple awards including the L'Oreal-UNESCO for Women in Science International Rising Talent fellowship, co-founded the Port Humanitarian Hackathons at CERN and helped start the Science Diplomacy program of the Yunus Emre Institute. In 2008, she founded the Engin Arık Fellowship, which is a fund which supports Turkish students at CERN. She represents Turkey on the CERN Advisory Committee on CERN Users and she has also served on the Board of the Arts at CERN. She was a TED fellow and is an associate member of the Turkish Academy of Sciences and a member of the Global Young Academy. As of 2018, she has also been working as a science advisor at TABIP.

The Forum of Young Global Leaders is a five-year leadership program, bringing together diverse, dynamic and globally representative leaders with the mission to create a community with the vision, courage and influence to drive positive change in the world. During the transformational five-year experience, Young Global Leaders (YGL) embark on a journey that mobilizes their collective talents and accelerates action aimed at tackling societal, political and environmental challenges. With this aim, YGLs are motivated to use their talent and influence to be a force for good and they believe that by pooling their diverse skills, experiences and networks they can achieve more together.

Each year thousands of candidates are proposed through a public nomination process. Between 100-150 new members are selected every year.