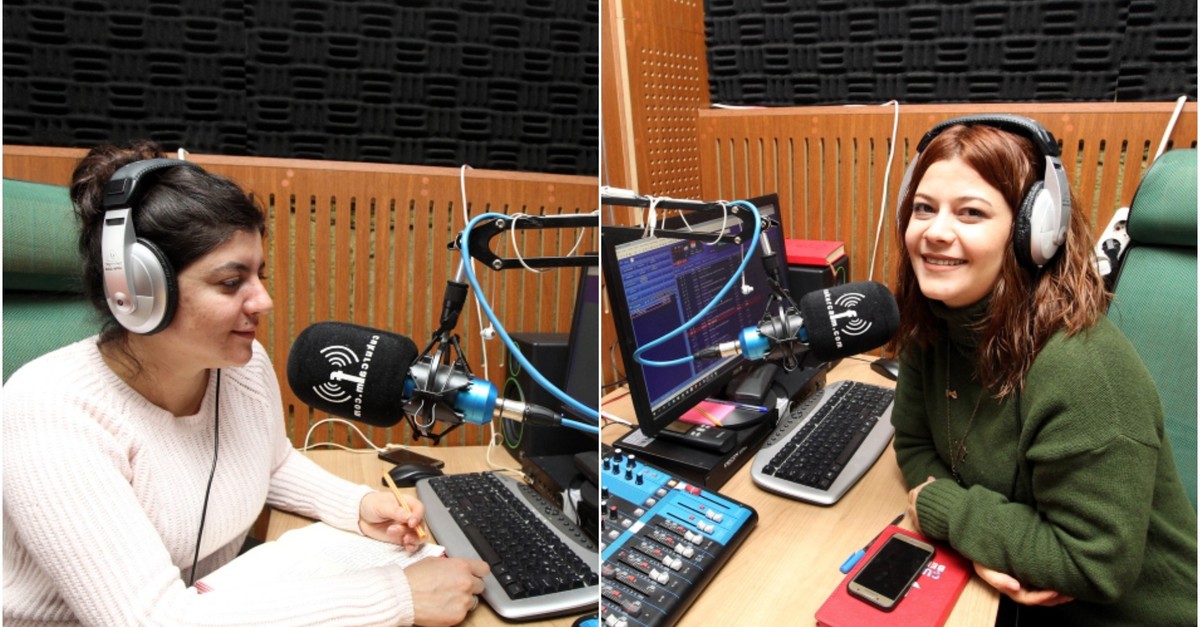 A new radio channel established in the Çukurca district of southeastern Hakkari province along the Iraqi border has officially started broadcasting in Turkish and Kurdish.

The channel, established by the district governorship with the support of the Interior Ministry and Turkey's public broadcaster TRT, was l named "Çukurca FM" and initially established eight months ago.

It aims to promote the historical and natural beauties of the district while informing local residents about projects carried out by the municipality.

In addition to publicity programs via traditional terrestrial and online/internet broadcasting, the channel has created a platform for its audience to listen to Turkish and Kurdish songs.

Temel Ayca, District Governor and Deputy Mayor, told the Anadolu Agency that locals have shown great interest in the radio channel, and students, salesmen, soldiers and police officers who came to the district from different cities across the country have enjoyed listening to the radio.

"We reach more people every day. I think it is a good project for the promotion of the region," Ayca said.

Saying that the district has long been exposed to terrorist activities and thus negatively impacted, Ayca said they were trying to show the beautiful sides of the region, noting that although Çukurca is a small district, this platform will hopefully exceed borders.

"Çukurca will no longer be a place of terrorism. We have tried to contribute as much as we can. We endeavor to do projects that will highlight the beauty, nature, people, and culture of Çukurca," Ayca said.

The PKK terrorist organization had used the rural areas of Çukurca for its activities until all terror elements were cleared from the border district with counter-terrorism operations conducted by Turkish security forces.

A large counter-terror operation was launched in the rural areas of Çukurca in southeastern Hakkari province in 2016, coinciding with the start of Operation Euphrates Shield, carried out by Turkish forces and the Free Syrian Army (FSA) to wipe out the Daesh terror group from northern Syria.

The PKK is listed as a terrorist organization by Turkey as well as the U.S. and EU. In it's over three-decade-long terror campaign against Turkey, over 40,000 people have been killed, including women and children.