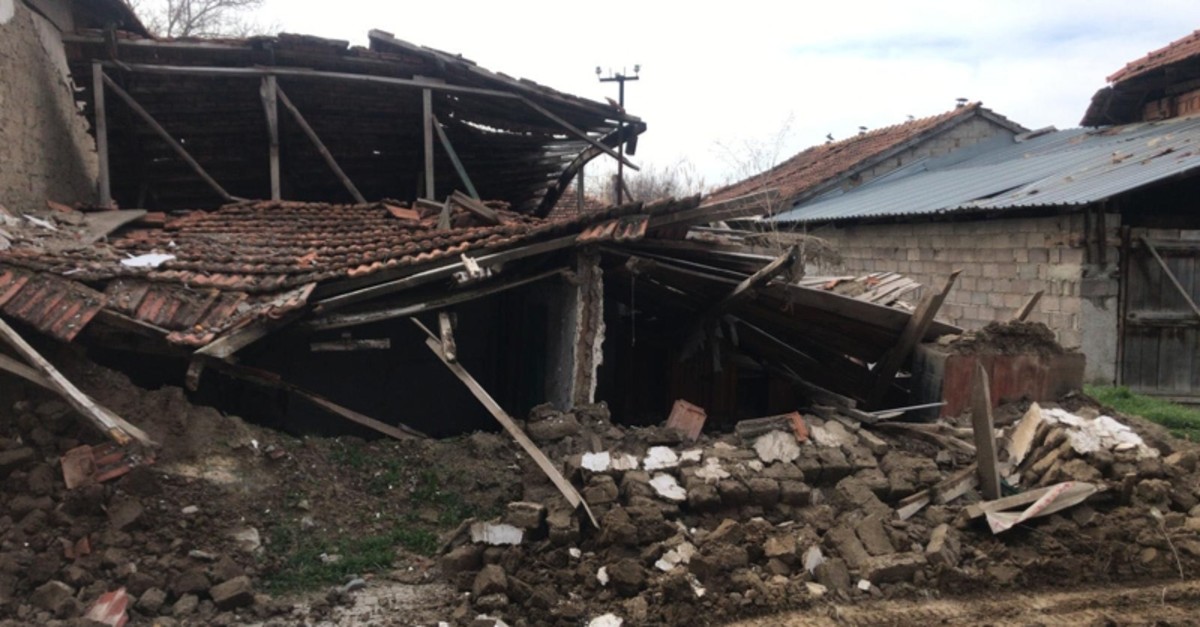 Turkey's Disaster and Emergency Management Authority (AFAD) said the earthquake struck the Acıpayam district at 9:34 a.m. local time at a depth of 11.3 kilometers. Two aftershocks, measuring magnitudes 4.8 and 4.5 were recorded following the earthquake, reports said. The quake was also felt in the neighboring provinces of Izmir and Antalya.

Acıpayam Mayor Hulusi Şevkan said immediately after the quake that some houses in the town had been damaged. He added that precautions were being taken to avoid further structural damage that may result from aftershocks.

Media reports said some 30 houses, mostly abandoned or decrepit buildings, suffered from cracks. The Turkish Red Crescent set up a mobile kitchen and delivered 240 tents to areas near the epicenter for locals fearing to go back into their residences. Schools in the region were also closed for the day.

The house of Yurducan Arman burned to the ground after the earthquake. The 61-year-old Arman, a resident of Karahöyük, one of the neighborhoods most affected by the tremors, told Anadolu Agency (AA) that she had taken out her goats from her stable next to the house when the earthquake occurred.

"I was walking when I felt something like wind blowing. I saw a house and a mosque next to it colliding into each other. I dropped to the ground and saw pieces from roofs falling on the street," she said.

The incident comes almost a month after an earthquake of 5.0 magnitude hit Çanakkale, north of Denizli. It was this year's first major earthquake though no casualties were reported.

Turkey is among the world's most seismically active countries as it is situated on a number of active fault lines. In the most recent earthquake-related disaster, more than 600 people died in October 2011 in the eastern province of Van after a 7.2 magnitude quake and powerful aftershocks. The most potentially devastating fault line in Turkey is the Northern Anatolia Fault (NAF), where the Anatolian and Eurasian plates meet.

Experts predict that a big quake will hit Istanbul in the near future and warn that it might cause more destruction than the 1999 earthquake that killed thousands of people in Kocaeli, Istanbul and other western provinces.

Professor Ziyadin Çakır, head of the Geology Engineering Department of Istanbul Technical University, told AA that epicenter of the Denizli earthquake was not a site known to house a big fault line but it might be followed by a string of aftershocks up to 5.4-magnitude for a few months.

"There are some minor fault lines in the region but the fault line that triggered yesterday's earthquake is not among active fault lines. This may be a slow-moving line generating earthquakes once in 1,000 or 2,000 years," he said.