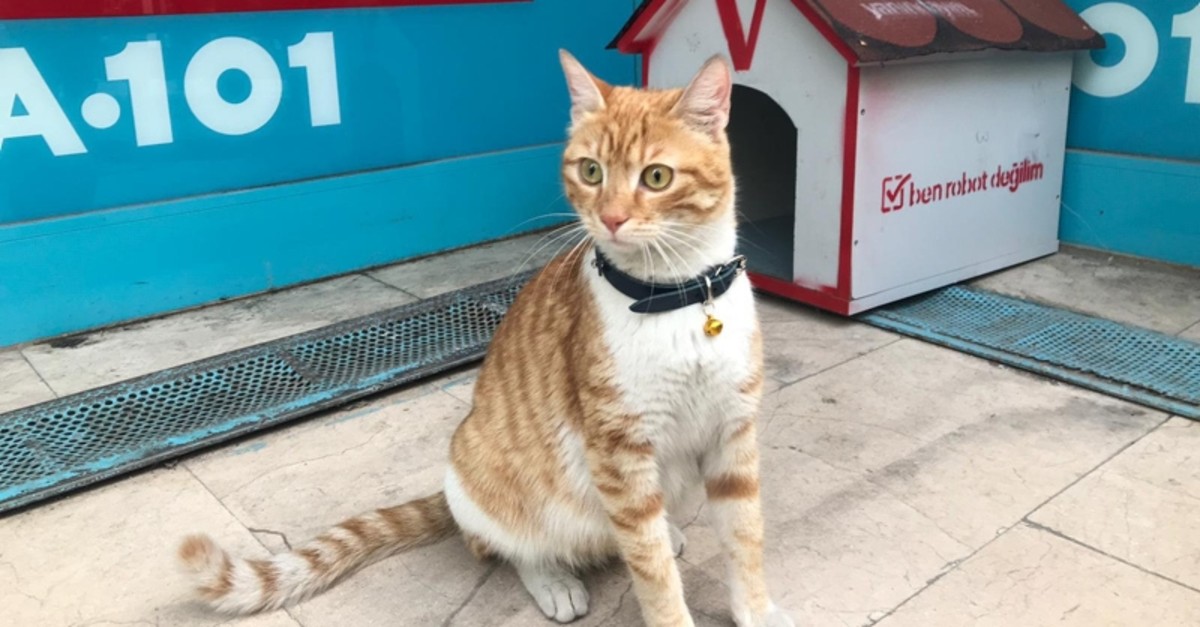 Clearly impressed by its skills to fend off men and dogs, a Turkish supermarket chain has hired a stray cat as a security guard for its store in the Bayrampaşa district of Istanbul.

The mischievous cat became a social media hit after a video of it bullying passersby in front of a supermarket went viral last week. The fact that the cat only seemed to pick on men and dogs had caught people's attention, but vets say it was most likely a coincidence and the feline is probably not as aggressive as it seems.

The female cat, now named "Bıcır" (usually used as a reduplicative word in Turkish meaning pitter-patter), was adopted by one of the employees of the A101 store this week and taken to the vet to get its pet care record book and complete its vaccinations. The employees even set up a cat house outside the market to also serve as a guard booth.

Vet Seçkin Çetin said the cat was just a bit more restless and curious than usual and not as ill-tempered as it seemed on the security footage.

"After a medical examination, we discovered that the cat was pregnant, and she most likely attacked passersby due to fluctuations in her hormones and protective instincts. The cat attacking only men, as far as we can see from the videos, is the funny part," he said.