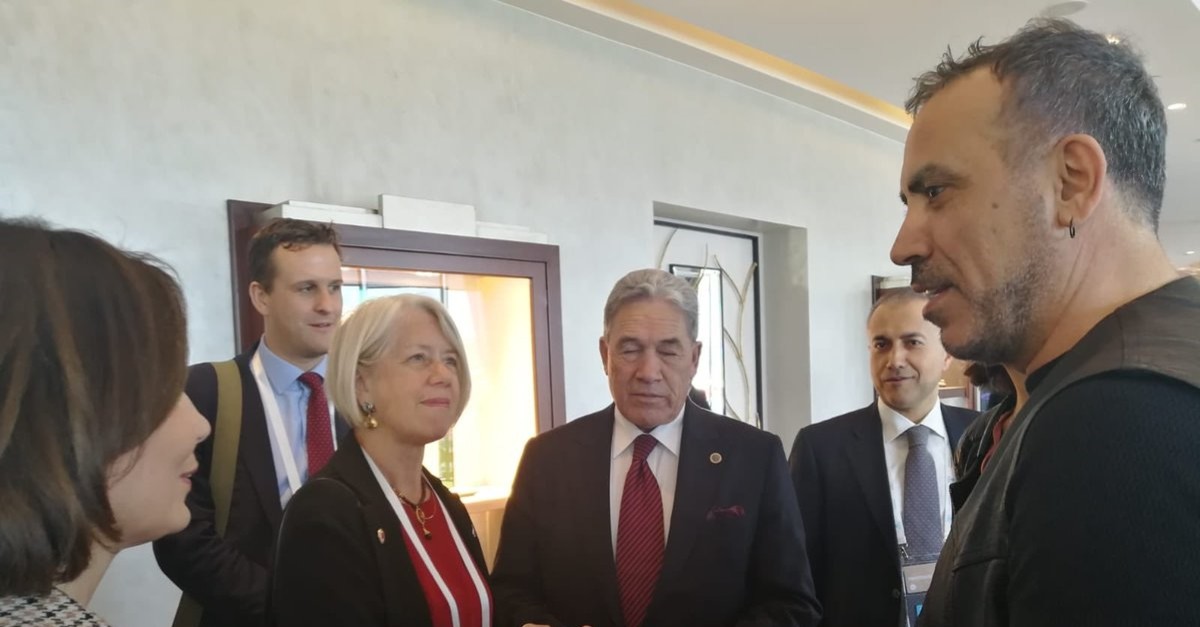 Turkish singer Haluk Levent, who is renowned for his charitable works, has been invited to perform in New Zealand after he donated the proceeds from a recent concert to the victims of the Christchurch terrorist attack, which left 51 Muslim worshipers dead.

New Zealand's Deputy Prime Minister and Foreign Minister Winston Peters invited the Turkish singer to perform in his country, Levent said in an interview with the NTV.

Levent said he met minister Peters at an emergency session of the Organization of Islamic Cooperation (OIC) held in Istanbul to discuss the terrorist attack in New Zealand and increasing violence based on Islamophobia.

The minister wanted to speak with the Turkish singer after he learned that Levent donated the proceeds from his recent concert in Çanakkale to the victims of the brutal terrorist attack.

Minister Peters thanked Levent for his generosity and said the move is significant in terms of friendly relations between Turkey and New Zealand.

"They thanked me and I thanked them [New Zealand officials] for embracing the Muslim victims and their families," Levent said, adding that he also received positive messages from the Muslim community in the island nation.

In December, he helped a Colombian dance troupe get home after being stuck in an Istanbul airport for two weeks.

He is one of the founding members of a non-governmental organization that aims to enhance societal cooperation, boost assistance and help the needy.

At least 50 people were killed and about as many wounded when a terrorist opened fire on worshipers during Friday prayers at the Al Noor and Linwood mosques in Christchurch, New Zealand's third-largest city.

The massacre was live streamed on social media and was accompanied by the release of a racist, anti-Muslim, manifesto that also attacked Turkey.