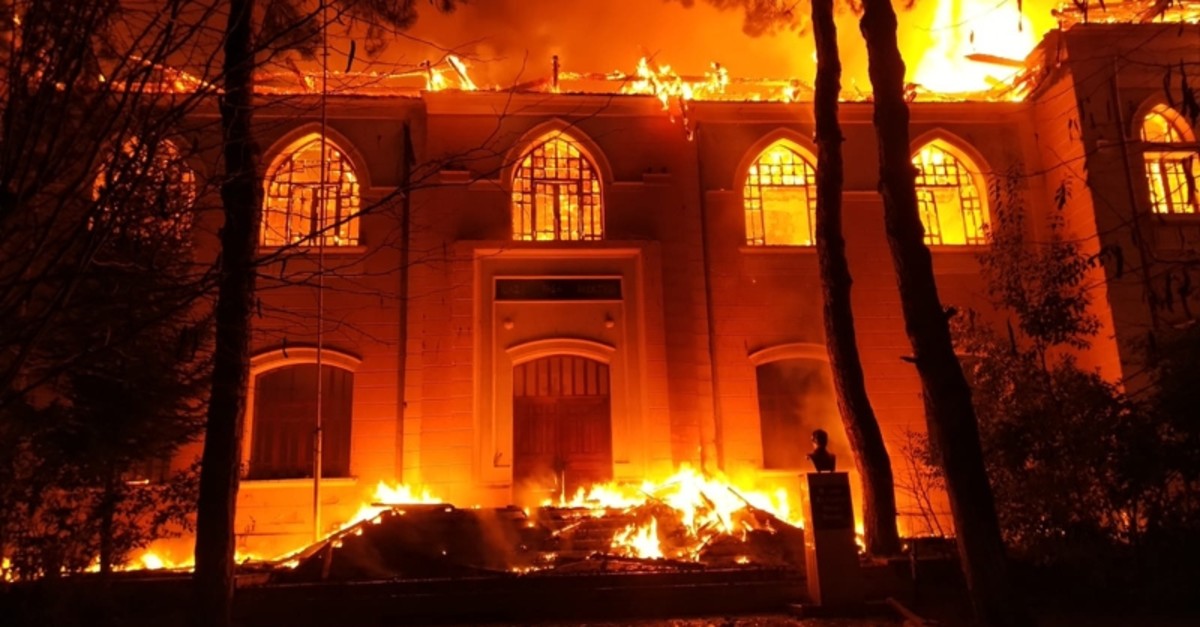 A fire broke out late Sunday in a 91-year-old school building in the Çal district of western Turkey's Denizli province, severely damaging the wooden building.

The blaze reportedly broke out near the roof of the building of Gazi Primary School, also known as Çal Gazi Pasha School, and quickly gutted the wooden structure.

A large crew of firefighters and emergency service units was dispatched to the scene to contain the blaze. After an hour and a half, the firefighters managed to control the fire and began operations to cool the site.

The building, for which construction began in 1924 and was completed in 1928, was used as a school building until 1999, when it entered into use as a teacher's lodge.

The neoclassical building is one of the structures that was built in the early years of the Turkish Republic. Facade restoration works had begun on the historic school about a month ago.

Police have initiated an investigation into the incident's cause, which remains unknown.