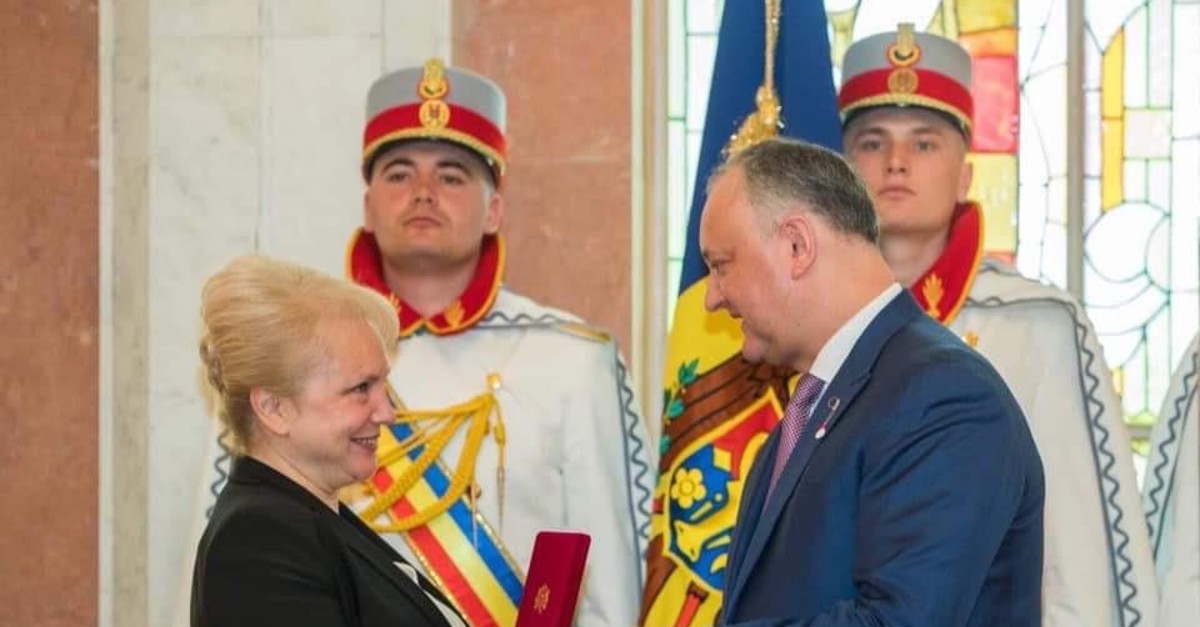 Moldova on Saturday honored the local head of Turkey's state-run aid agency for her services in the country.

Selda Özdenoğlu, the coordinator in the capital Chisinau of the Turkish Cooperation and Coordination Agency's (TİKA), was granted the order of honor "for her role and goodwill in the projects in the Gagauz Autonomous Region and Moldova," Moldovan President Igor Dodon said at the award ceremony.

Irina Vlah, governor of the Gagauz Autonomous Region, and Iulia Sircu, a former Moldovan judge, were also awarded the order of honor.

Turkey's state-run aid agency TİKA has been working in the Eastern European country to help the public in areas of agriculture, health, education, water supply, infrastructure and administration.

Over the last 25 years, it has carried out over 400 projects and activities in Moldova. Its extensive projects in the education sector include building and equipping a kindergarten named after Nasreddin Hodja, a Turkish folk hero. TİKA also built a new diagnostic and treatment center at a regional hospital campus in Komrat, the capital of Gagauzia. The center is named after Aziz Sancar, a Turkish scientist who in 2015 won the Nobel Prize for Chemistry.

In December, 1994, Moldova's parliament offered some 160,000 Turkic Gagauz people within their borders a large degree of autonomy in order to create a favorable environment for maintaining a national identity and culture.

The autonomous territory is home to a mostly Gagauz population – an Orthodox Christian, Turkic community.