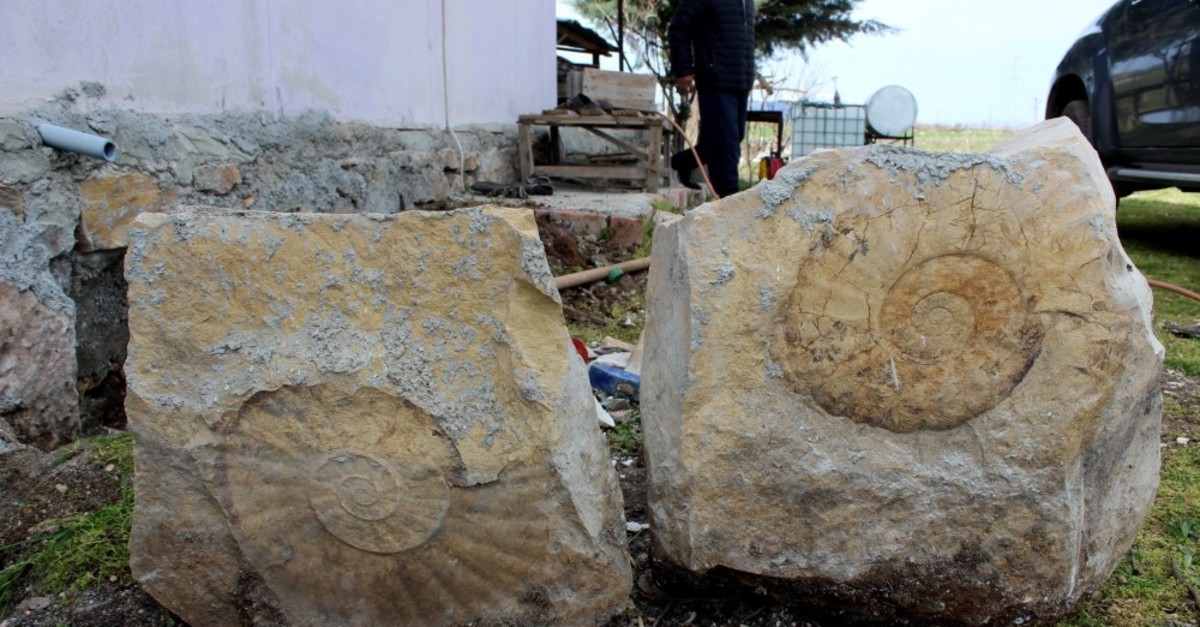 A giant snail fossil believed to be 65 million years old was discovered on the wall of a house in Adıyaman, an eastern city famous as the home of Mount Nemrut.

A tipoff alerted local museum officials to the existence of the fossil, which was discovered in two large stone blocks used for the construction of a wall 12 years ago.

The blocks were removed from the wall for examination. Officials said the fossil was 49 centimeters long and 36 centimeters wide. Adıyaman Museum Director Mehmet Alkan said it was an unusual find and they had not encountered such a large snail before. "It is definitely bigger than contemporary snails," he told reporters Tuesday.