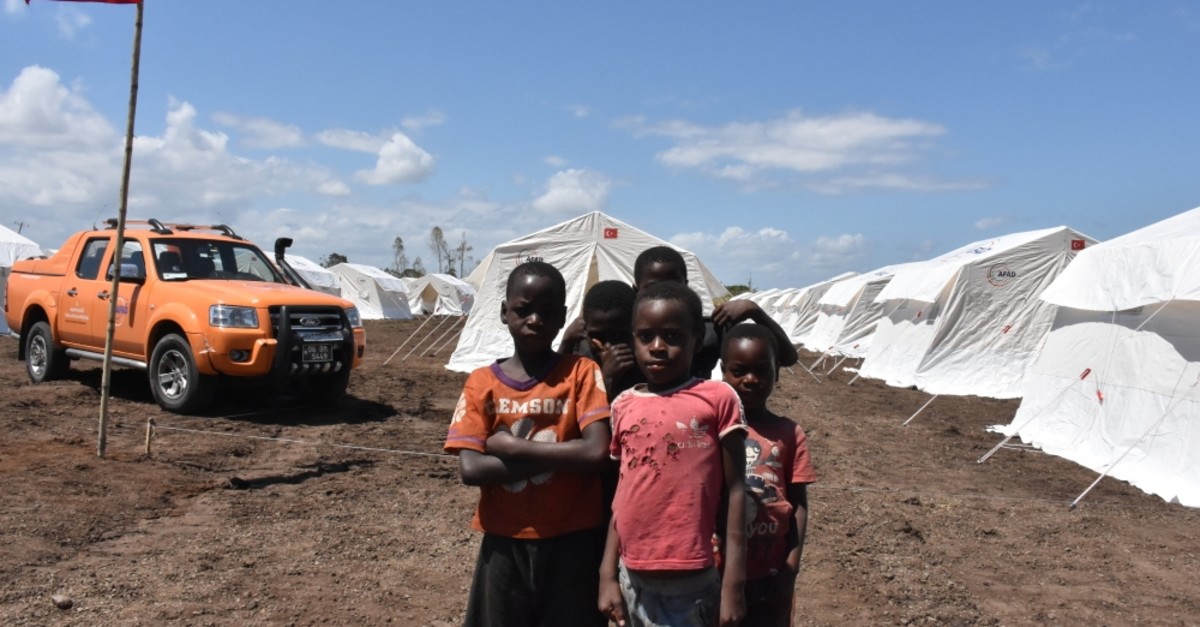 The Turkish Disaster and Emergency Management Authority (AFAD) built the tent city with the support of other agencies, including the National Medical Search Team (UMKE) and Search and Rescue Association (AKUT) as well as the Turkey's Diyanet Foundation in the Tica town near the central Beira city. The tents were sent by military cargo plane from Turkey to the South African country.

Idai made landfall in Mozambique's port city of Beira on March 14 with winds of up to 110 miles (177 kilometers) per hour, killing at least 534 people in Mozambique, according to local media. The combined death toll in Mozambique, Malawi, and Zimbabwe now stands at over 740, according to media reports. The U.N. said the cyclone displaced about 110,000 people, forcing them to take shelter in camps across central Mozambique. More than 17,500 houses were damaged by the cyclone.

The cyclone washed away crops and roads were damaged across the three south African countries. Many areas in Mozambique remain without electricity, and almost all networks have been severely damaged, according to the U.N.