New tech center a beacon for development in southeastern Turkey 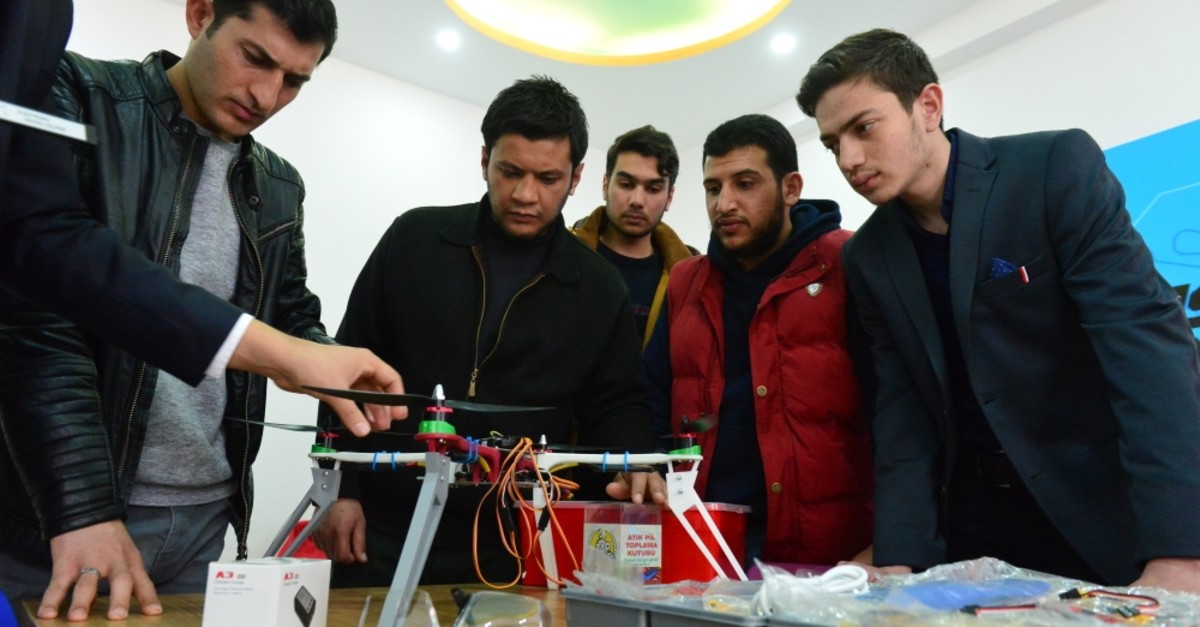 The Harran GAP Technology Center in Şanlıurfa brings out the best among young technology talents in the southeastern region, which has long suffered from a lack of investment and a stable economy

Şanlıurfa is home to one of the oldest known universities in the region but this ancient province lacked a knowledge and technology hub for decades due to a campaign of terror gripping southeastern Turkey. Now, a new technology center aims to improve this situation and attract more young people to the sector where they can develop their own technology. The Harran GAP Technology Center was set up in the coordination of the Southeastern Anatolia Project (GAP) Regional Development Directorate and Harran University.

Workshops and laboratories for robotics programming, development of Android software, construction of unmanned aerial vehicles and development of prosthetic limbs for the disabled were recently opened at the center. It aims to draw regional talent and serve as a technology support hub for the provinces in the region. Speaking to Anadolu Agency (AA), GAP Director Sadrettin Karahocagil said they attached importance to technology investment in the region and joined forces with Harran University's Education Center (HRÜSEM) to develop the center. GAP was initiated about two decades ago to revive the dormant potential of the region where development was stunted due to the insecurity caused by activities of the PKK terrorist group. The project was originally conceived to restore agricultural growth in the region on which the region largely depends. It later branched out to other economic, energy and social investment projects.

Karahocagil says that the technology center gives an opportunity to gifted individuals, from primary school to university students, to produce their own technology. The directorate plans to open similar centers in other cities of the region in the future while a mobile center will travel to remote villages and "disadvantaged" towns to help students discover new technologies and their own talents.

"The world is going through a digital transformation process and GAP invests in infrastructure to keep up with improving technology. We particularly want the youth to manufacture new technologies as cities in the region have a large young population. We want them to stay here instead of migrating to other cities to find employment or to invest. You have to emphasize innovation so they can stay and help the development of the region," Karahocagil said.

Celal Ağan of HRÜSEM said that although the center was new, they already received overwhelming interest from local people. "We want to be a pioneering force for an earlier introduction of technology to future generations. We also would like to focus on design of agricultural technologies as Şanlıurfa and the wider region is an agriculture hub of Turkey," Ağan says. "Our first thought while setting up the center was introducing technology to the youth living in districts and villages. When we started a training program for students who would work at the center, we first visited Akçakale [a border town of Şanlıurfa] and we were concerned whether anyone would show up to sign up. Yet, there were so many applicants that our crew there had to work until midnight to sort them. The interest was overwhelming and we decided to set up a center in Akçakale too. There is a huge potential out there and we believe that we will discover many talents here in a short time," he adds.

Hüseyin Yıldız, a high school student, is among the lucky applicants. "I always had an interest in technology since I was a young boy, so, I am happy to be here," Yıldız, who is working on designing a multifunctional drone, said.