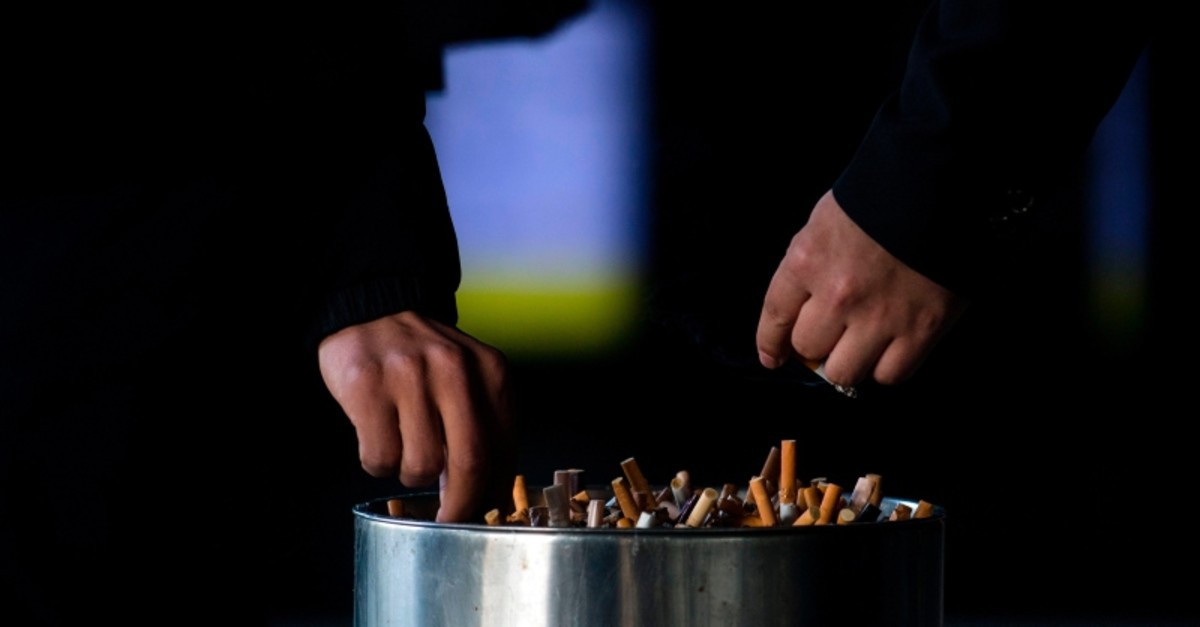 The Turkish health minister said yesterday that they are going to take more effective steps in fighting against the use of tobacco products in both open and closed areas.

Fahrettin Koca told Anadolu Agency (AA) that the ministry maintains its determination and won't take any step back in fighting against smoking even though the achievements they reached in recent years related to the subject decreased. "We are talking about tobacco use that had fallen by 27 percent, and now we see that it has increased by 31 percent again," Koca said. Koca noted that open-field procedures have been exploited since cafes or restaurants are building areas with removable rooftops that allow smoking when wanted, while pushing non-smokers towards the back.

"Tobacco use in closed areas has already been prohibited; we will not allow such areas to break the rules described for open fields," said Koca, adding, "We will enter into a period of intense fighting by updating our open-field regulations for using tobacco products including hookahs," Koca said. Koca noted that the long-term consumption of hookah smoke (also known as shisha and narghile) is even more dangerous than normal cigarettes; however, there are legal loops regarding the use of hookah and electronic cigarettes, adding that the new regulations will also be including those, too.

The new legislation includes the issue of prohibiting tobacco consumption in a five-meter radius to closed areas, Koca said.

Saying that smoking is being shown and perceived as an element of modernization or socialization," Koca noted, "We do not get results unless we fight with the tobacco industry."

The country introduced a nationwide indoor smoking ban in 2009 at restaurants, bars and similar establishments and gradually extended its reach to other enclosed spaces over the years, in addition to a complete smoking ban on school grounds and sale of tobacco products at educational facilities. Some 435 clinics in Turkey's 81 provinces provide treatment against the habit. A hotline set up to help smokers quit was used by more than 27 million people between 2010 and 2018, according to data provided by the Health Ministry. The hotline usually directs people to the nearest clinics, and the Health Ministry's website offers online appointments for those seeking to quit.