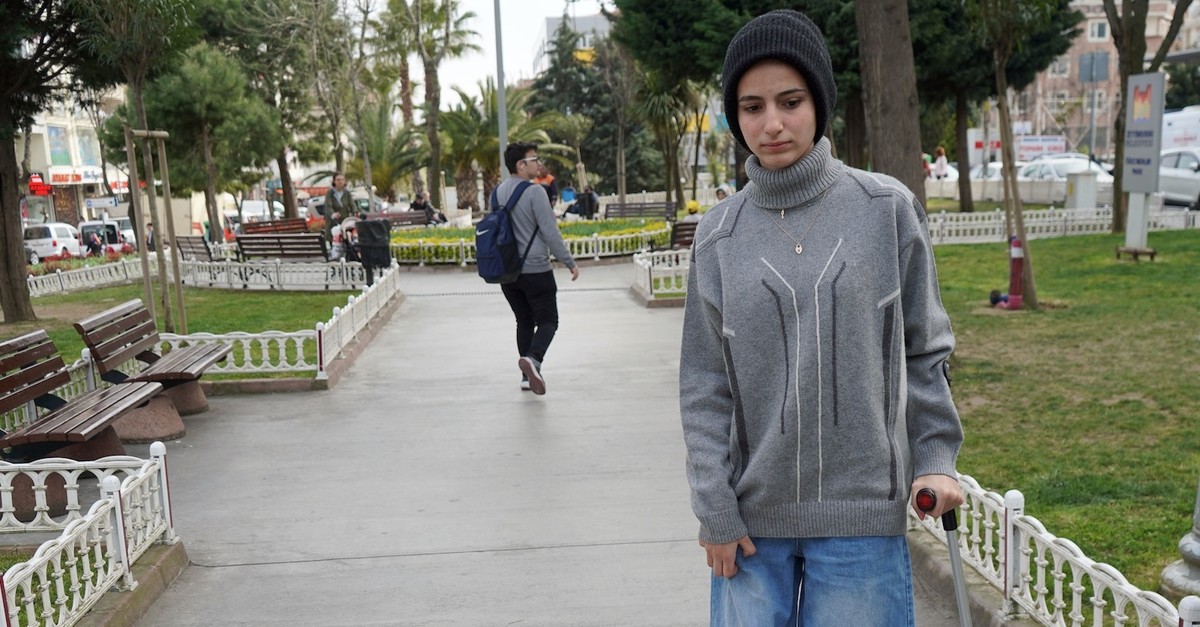 A Palestinian teenaged girl, who was shot and injured by Israeli soldiers during anti-occupation rallies in the Gaza Strip last year, is recovering in Istanbul.

Meryem Abu-Matar was shot in the left leg on March 30, 2018, while taking part in a rally in the Gaza Strip with her 12-year-old sister.

Her father and some of her relatives had been killed by Israeli soldiers within the last decade. Thanks to the Istanbul-based Humanitarian Relief Foundation (İHH), she was brought to Istanbul in April as she could not receive sufficient treatment in Gaza city.

Abu-Matar has undergone about 60 phases of surgery so far. She is only one of dozens of people who are receiving treatment in Turkey with the support of the government and aid agencies. "According to the doctors, my recovery is a miracle. I am recovering day by day, but I'm not sure when I will be able to walk as before," Meryem said. "I would like to thank President Recep Tayyip Erdoğan for his support to the Palestinians. He always takes a stand against those who discredit Islam and Muslims," she added.

The Gaza Strip, home to nearly 2 million Palestinians, has been reeling under a crippling Israeli blockade since 2007. Palestinians demand an end to Israel's 11-year blockade of the Gaza Strip, which has gutted the coastal enclave's economy and deprived its inhabitants of many basic commodities. Nearly 270 Palestinian demonstrators have been martyred since Palestinians began holding regular demonstrations along the buffer zone in March of last year.