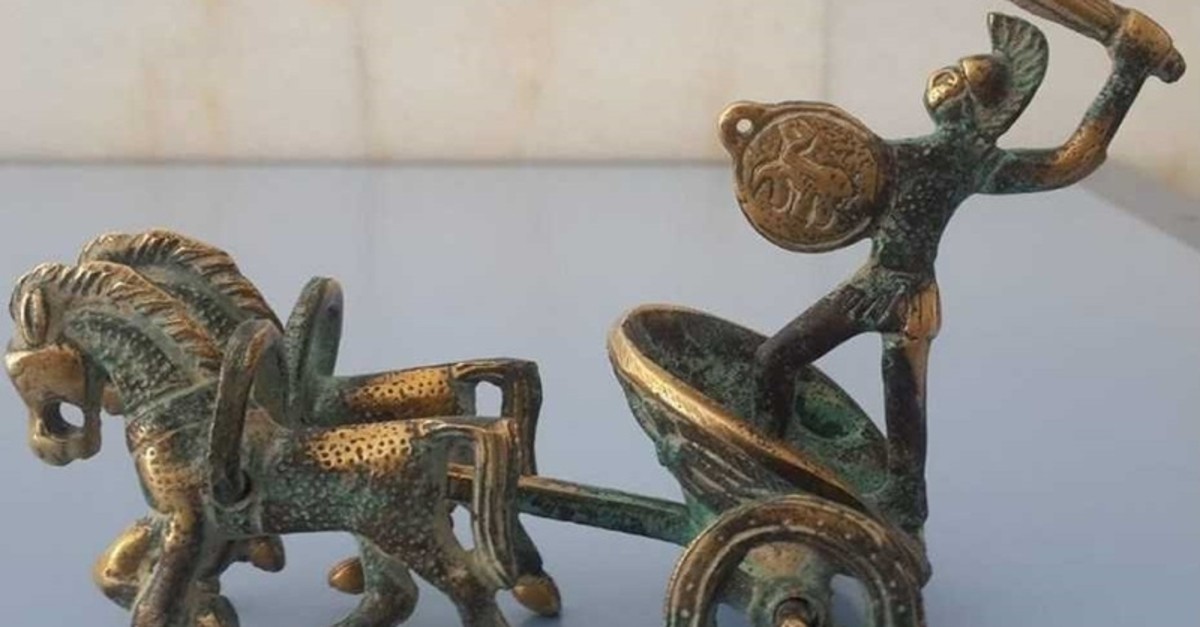 Acting on a tip-off, the Provincial Gendarmerie Units followed a car belonging to a suspect identified as Kenan M. in Sarayköy district.

The units stopped and searched the car in Beylerbeyi neighborhood, and in the trunk they found a bronze statuette resembling a Roman-era gladiator on a carriage.

The ancient statuette was delivered to the Denizli Museum Directorate while the suspect was detained.

The suspect was later released by court pending a trial.