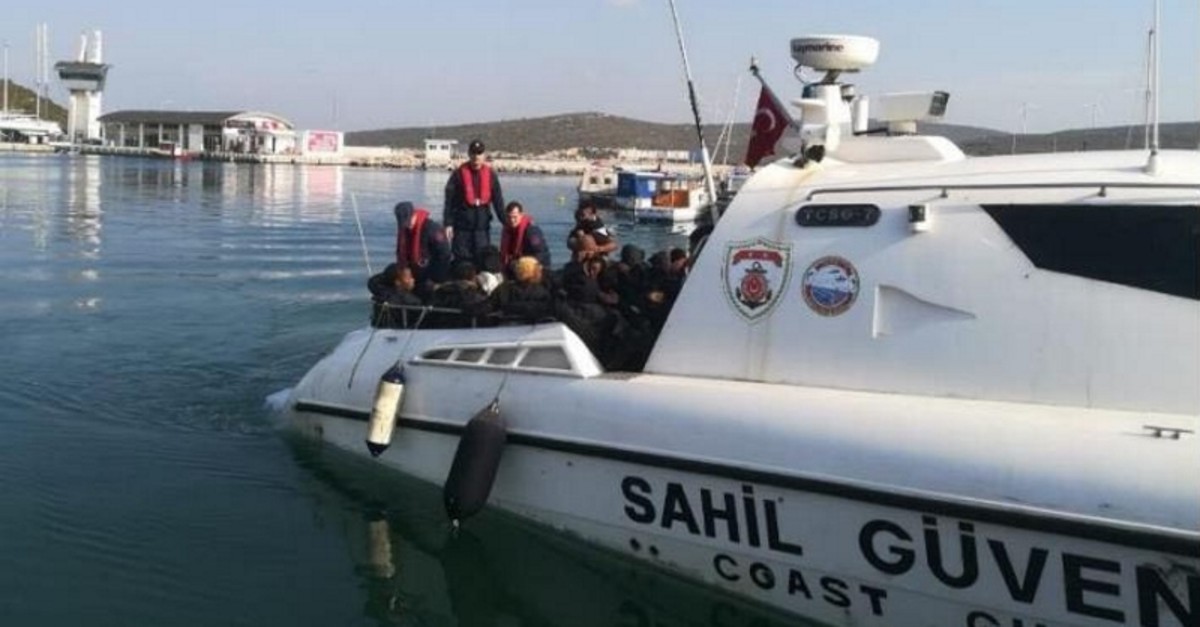 Turkish coastguard units on Saturday rescued 16 irregular migrants and intercepted 60 others trying to reach the Greek islands off the coast of western Turkey's Izmir province.

The irregular migrants, including women and children, included 15 Afghan nationals and an Iranian national, who were rescued as they were about to drown in the Aegean as their boat was sinking.

The migrants were transferred to the provincial migration office after undergoing necessary health check-ups.

Meanwhile, in a separate operation, the Turkish coastguard also caught 60 irregular migrants trying to illegally leave the country from off the coasts of Izmir's Urla district.

The irregular migrants were identified as African nationals.

Turkey and the European Union signed a deal in 2016 to curb illegal immigration through the dangerous Aegean Sea route from the Turkish mainland to Greek islands. Under the deal, Greece sends back migrants held on Aegean islands after they crossed over from nearby Turkish shores, and in return, EU countries receive a number of Syrian migrants legally.