2,200-year-old amphitheater in ancient city of Stratonikeia to be restored to former glory in Turkey 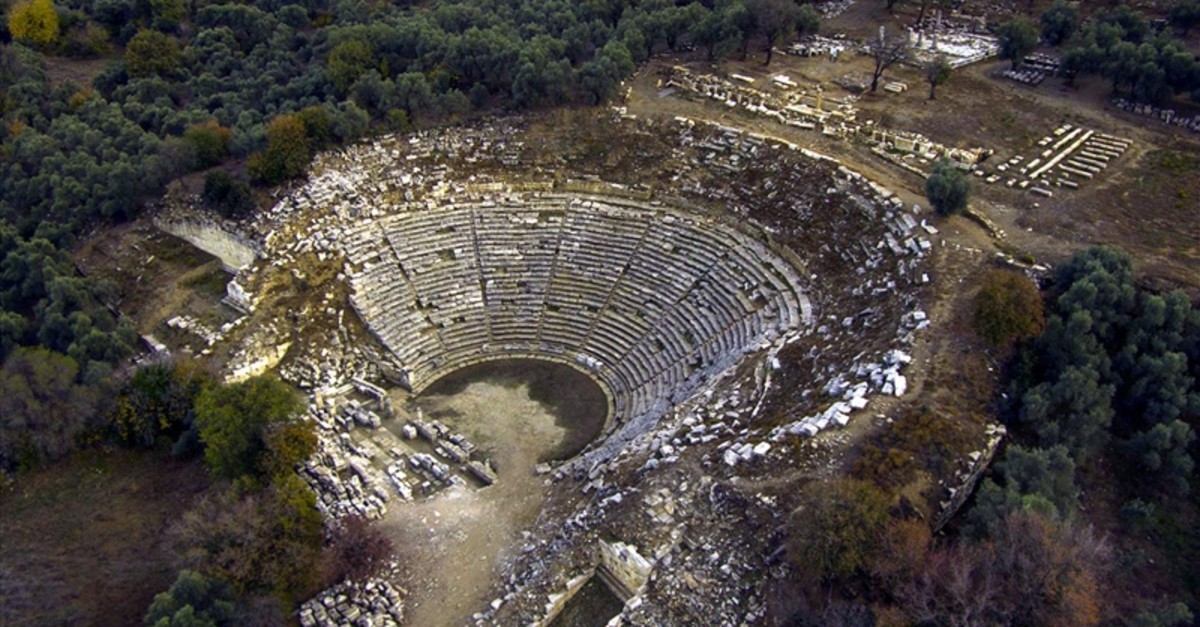 A 2,200-year-old amphitheater in one of the largest ancient marble cities in the world, Stratonikeia, located in nowadays Muğla in Turkey's southwest, will be restored and brought back to life.

Professor Bilal Söğüt, head of the excavations in Stratonikeia and an academic at Pamukkale University's Archaeology Department, told Anadolu Agency Wednesday that the city was heavily damaged by earthquakes in various periods throughout history and the amphitheater was one of the most damaged parts.

"The restoration of the amphitheater will be carried out gradually with utmost attention," Söğüt said, adding that the historical cite became one of the most grandiose structures 2,000 years ago with its three-story stage building and monumental structure..

The restoration will be overseen by the Muğla Culture and Tourism Directorate and be supported by the South Aegean Development Agency.

The 3,000-year-old ancient city of Stratonikeia, located just seven kilometers west of Muğla's Yatağan district, was situated at the crossroads of main routes that connected western, central and southern Anatolia, which were inhabited continuously from the Late Bronze Age to the present day, and hence was a very strategic city.

Söğüt said the city was one of the most important settlements for Carians and Lelegeans, the indigenous people of Anatolia, in the Caria region, and a great example of a living archeological city.

Excavations in Stratonikeia, also known as the "city of gladiators," first began in 1977 under the leadership of Professor Yusuf Boysal, and more remnants belonging to Hellenistic, Roman and Byzantine eras have been unearthed since, along with structures belonging to Seljuk, Ottoman and the Turkish Republic eras.

Stratonikeia was registered on UNESCO's Tentative World Heritage List in 2015.