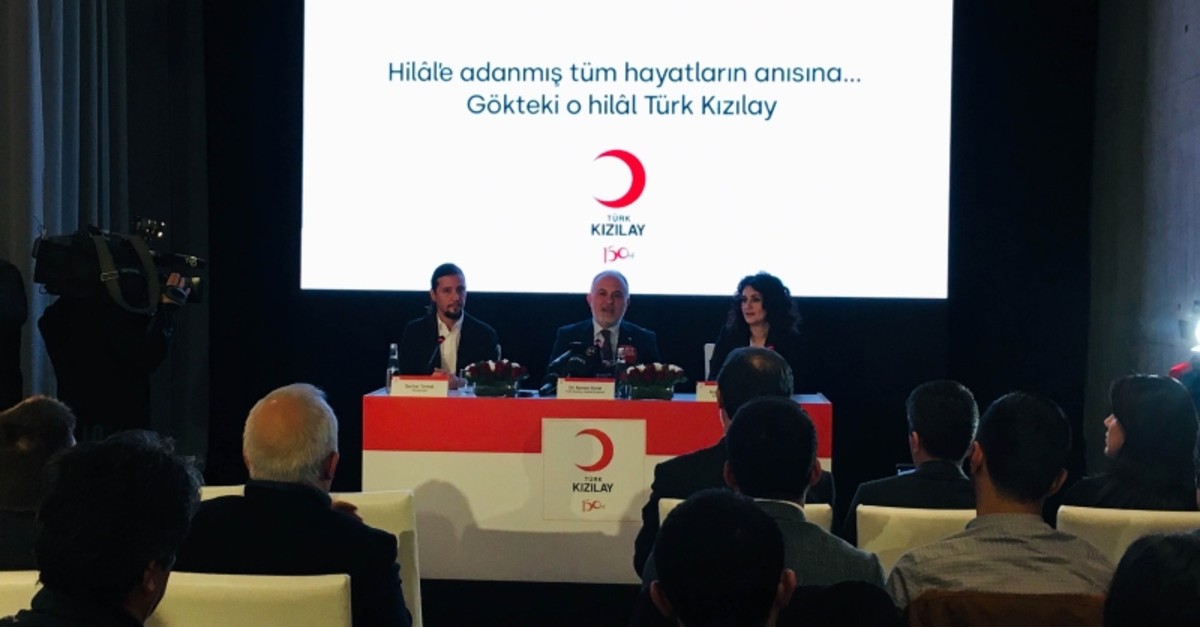 An advertising video that recounts the 150-year-long history of the Turkish Red Crescent (Kızılay) by depicting real scenes from the humanitarian organization's participation in natural disasters and conflicts worldwide was introduced Tuesday.

The video – which aims to raising awareness about the importance of humanitarian assistance – was introduced at an event in Istanbul's Sarıyer district with the participation of Kızılay Chairman Kerem Kınık, the video's director Serter Tırmık and world-renowned pianist and composer Anjelika Akbar, who composed the soundtrack.

Kınık said that they wanted to tell Kızılay's 150-year-long story like a dream, and decided to accomplish that through the video.

"Nowadays, when we need a lot of good people and goodness, we need to present the story of goodness, which we bring to life with cooperation," Kınık said, adding: "We are here with this beautiful movie. Our story of 150 years is the story of our nation."

The video, which took almost four months to shoot, depicts the conflicts and disasters in which Kızılay has taken an active role, including its work in World War I, treatment provided to Mustafa Kemal Atatürk, the founder of the Turkish Republic, during the Turkish-Italian Tripoli War in 1912, the works carried out by Kızılay's Women's Center during the Turkish War of Independence in 1912, and rescue work during the Erzincan earthquake in 1939. More recent events highlighted in the video include Kızılay's humanitarian responses to the Cyprus Peace Operation in 1974, the devastating 2004 tsunami in Indonesia and, most recently, the Syrian civil war.

Each event was shot with accuracy to the historical period in regard to costumes and props.

The video was published in three versions – 1 minute 56 seconds, 1 minute, and 45 seconds.

The Turkish Red Crescent was originally founded in 1868 as the Society for Aiding Wounded and Ailing Ottoman Soldiers before taking its current name in 1947. Its primary goal was to help soldiers wounded on the fronts, but over time, it evolved into a charity responding to natural and man-made disasters around the world.

Today, it is the largest humanitarian organization in Turkey, with an international network to help other nations in need. The charity, marking its 150th anniversary this year, stepped up international activities in recent years, shedding its image of focusing mostly on humanitarian aid within Turkey.