About 10,000 migrants stopped en route to Greece in four months 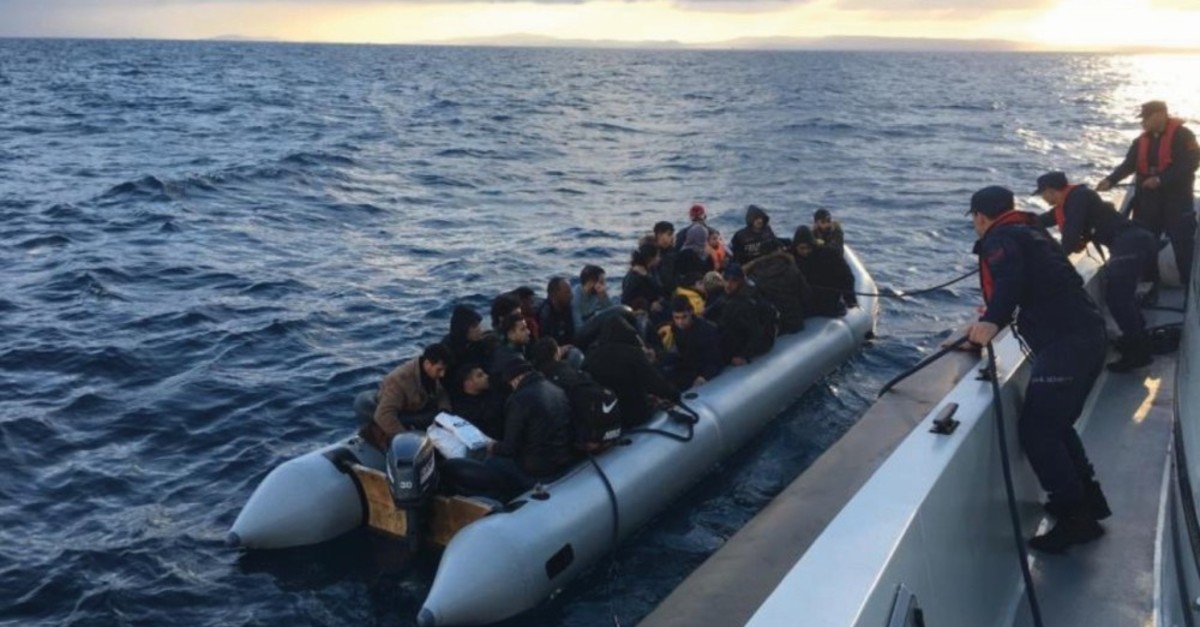 Turkish security forces thwarted attempts by illegal migrants to cross into Greece via the Aegean Sea since Jan. 1, and 9,648 migrants were held.

The country's Aegean coast is the closest route to Europe for migrants hailing from Asia, the Middle East and Africa. Most Greek islands scattered across the Aegean Sea lie only a few kilometers away from Turkish shores. Although there is a decline in the number of migrants preferring the route compared to previous years, these shores are still go-to destinations for migrants in pursuit of a better life in Europe.

The Turkish Coast Guard patrols the sea, while gendarmerie troops comb rural areas near the shores, and police serve in cities to find and stop migrants and the human smugglers helping them. The Coast Guard stopped 5,729 migrants aboard boats sailing to Greek islands between January and April. Most were rescued from certain death as they were traveling aboard unsafe dinghies. Six migrants died in sinking boats. The Coast Guard also detained 15 smugglers.

Smugglers arrange boat journeys for migrants in exchange for payments, and migrants, with no experience of sailing, are usually left commanding the unsafe boats by themselves. Police and gendarmerie forces, meanwhile, stopped 3,919 illegal migrants before they boarded the boats and detained 82 human smugglers.The number of migrants stopped at sea between January and April is lower than the 6,336 stopped in the same period last year, but it seems like the flow of migrants will continue as conflicts and poverty drive more people abroad, especially Europe, despite tight restrictions against migrants on the continent.