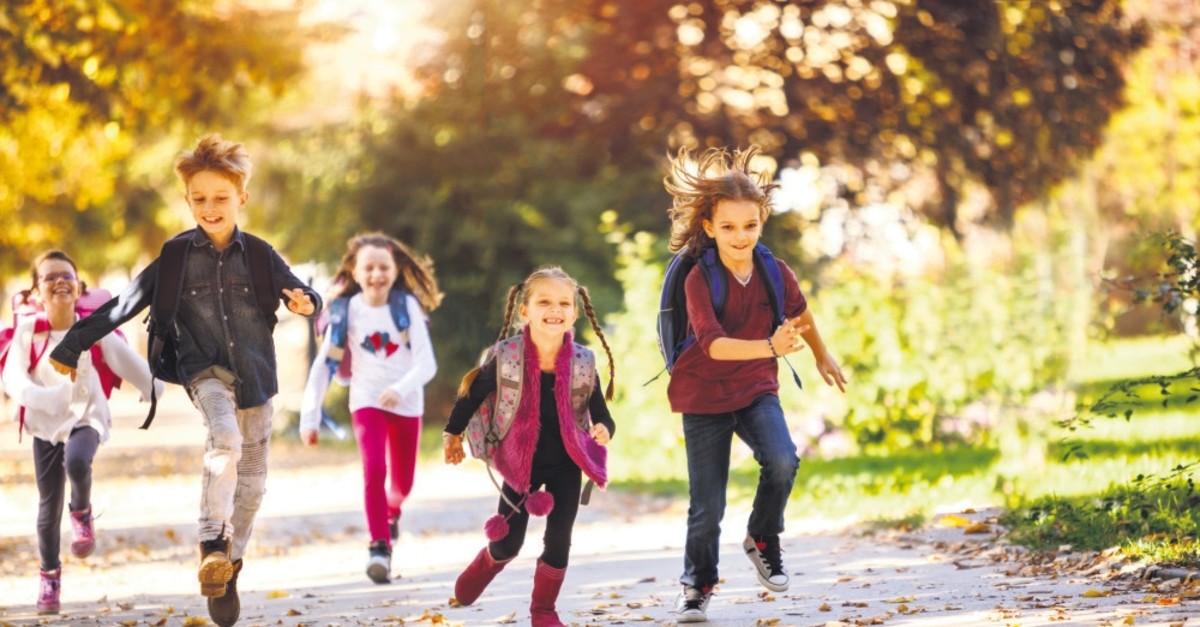 The number of children has gradually decreased in Turkey embattled with aging trends.
by Daily Sabah Apr 19, 2019 12:15 am

The country recently rolled out a series of regulations in its bid to encourage families to have more children. "One will grow up alone, and two will be rivals, so have at least three," President Recep Tayyip Erdoğan famously tells newlywed couples on every occasion, while the government offers incentives to larger families, including longer paid leaves and social benefits. It remains to be seen whether the child population will grow again in spite of the rising aging trend, which is linked to a decline in fertility and an increase in longevity thanks to better health care options.

Still, Turkey is in a better place compared to the European Union where the average proportion of children to the total population is around 18.7 percent. Ireland, for instance, has the highest proportion at 24.8 percent.

Şanlıurfa, a southeastern province, shows there is hope for a larger population of children. With traditionally larger families and despite mass migration to western cities, Şanlıurfa has the highest proportion of children at 46.3 percent according to 2018 figures. Şırnak and Ağrı, two other provinces in eastern Turkey, follow Şanlıurfa when it comes to high child population. Tunceli in the east has the smallest child population at 18.1 percent, followed by Edirne and Kırklareli, two provinces in northwestern Turkey.

Statistics concerning children also delve into other matters, such as most popular names. As has been the case for almost a decade, Yusuf was the most popular name for boys and Zeynep for girls born in 2018. TurkStat figures also show a concerning trend regarding C-section births, a trend the government endeavors to end. One in every two babies was born via C-section surgery, the report says, and it is especially common in southern cities. In 2017, C-section births were 64 percent in Antalya, Isparta, Burdur, Adana, Mersin, Hatay, Kahramanmaraş and Osmaniye, which are located at or near the Mediterranean region. C-section births are more common in privately run hospitals and preferred by mothers anxious of having more painful normal births as well as some medical professionals.

As for education, TurkStat figures indicate that the schooling rate was 91.5 percent for children. For families, education expenses remain a challenge as a majority of parents interviewed in a life satisfaction survey by TurkStat complain about "problems with the cost of education."

A bright spot in statistics is a decline in so-called "child marriages," the forced marriages of minors, which dropped to 3.8 percent last year compared to 5.8 percent in 2014. It was most prevalent in the provinces of Ağrı, Muş and Bitlis. A product of warped customs, children were often forced into marriage by their parents in exchange for cash for the family and as a way to relieve the financial burden of children. In the past decade, authorities stepped up measures against this disturbing problem and increased home visits to detect children forced into marriage and offer them social services protection and schooling. "Child brides" [most among those forced into marriage are girls] are almost always forced to drop out of school by their families to get married.