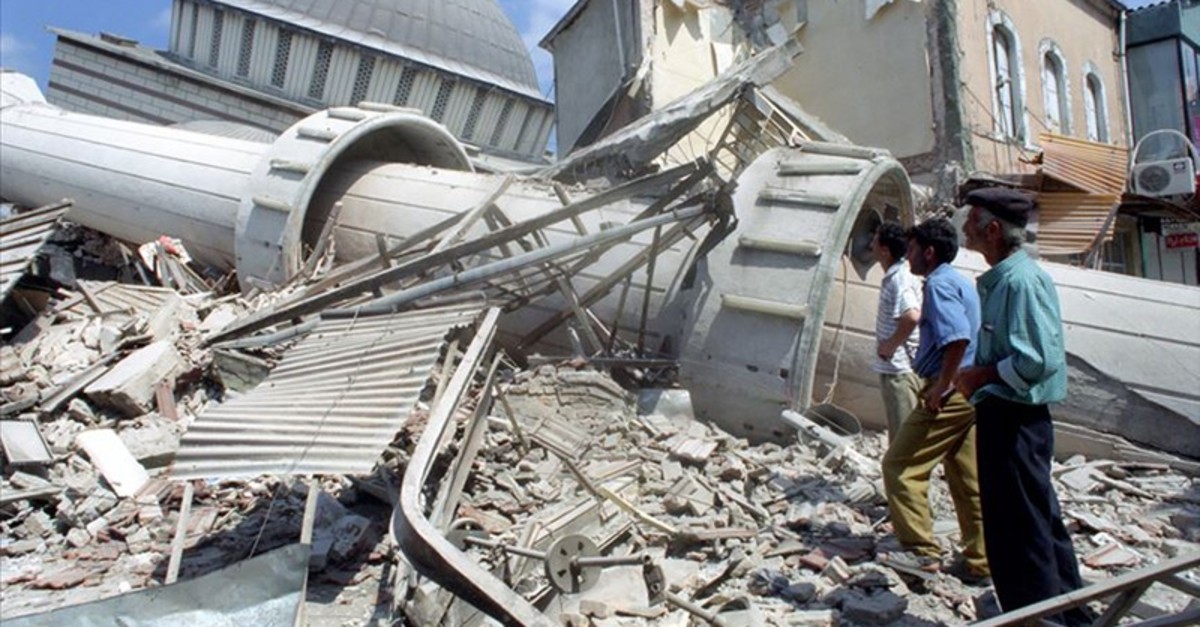 Turkey experienced 210 earthquakes of a magnitude 6.0 or greater from 1900 to 2017, killing at least 86,802 and heavily damaging 597,865 homes, the Disaster and Emergency Management Authority (AFAD) said this week.

Turkey sits along the seismically-active Mediterranean-Alpine-Himalayan belt, experiencing one severe and deadly earthquake about every five years, according to the "Disaster Management and Natural Disaster Statistics in Turkey" report.

In 1903, 2,803 people died when a 7.0 magnitude earthquake struck the Malazgirt district of eastern Muş province.

In 1912, 2,836 people died when a 7.3 magnitude earthquake struck the Şarköy district of northwestern Tekirdağ province.

In 1939, 32,962 people died when a 7.9 magnitude earthquake – the strongest since the 17th century – shook northeastern Erzincan province and completely left the city in ruins, with most victims dying due to subsequent blizzard.

In 1942, 3,000 people died in a 7.0 earthquake that hit the Niksar district of the central Black Sea province of Tokat.

In 1944, a 7.2 magnitude earthquake struck the Gerede district of the western Black Sea province of Bolu, killing 3,959 people.

In 1966, 2,394 people died when a 7.2 magnitude earthquake struck the Varto district of eastern Muş province.

In 1970, 1,086 people died in the Gediz district of western Kütahya province when a 7.2 magnitude earthquake occurred.

In 1975, 2,394 people were killed by a 6.9 magnitude earthquake that struck the Lice district of southeastern Diyarbakır province.

The AFAD report also included statistics on landslides, floods and avalanches that occurred in Turkey from January 1950 to June 2018.

The Black Sea region experienced the highest frequency of landslides, as approximately 21% of all landslides that occurred in the country since 1950 happened in the provinces of Trabzon, Rize, Erzurum and Giresun. Trabzon came in first of all provinces with 1,517 landslides.

The Black Sea provinces of Kastamonu and Artvin were next on list followed by the eastern provinces Bingöl, Malatya, Sivas and Erzincan.

Southeastern and northwestern Turkish provinces, including Istanbul, and the central province of Kırşehir experienced the lowest frequency of landslides, with a yearly average of less than one landslide per year.

The most floods occurred in eastern Erzurum province with 425 incidents since 1950. Eastern Sivas, Van and Bitlis provinces ranked next on the list.

Half of all avalanches in Turkey since 1950 occurred in eastern Bingöl, Bitlis, Tunceli and Malatya. Bingöl ranked first with 274 catastrophic avalanches.