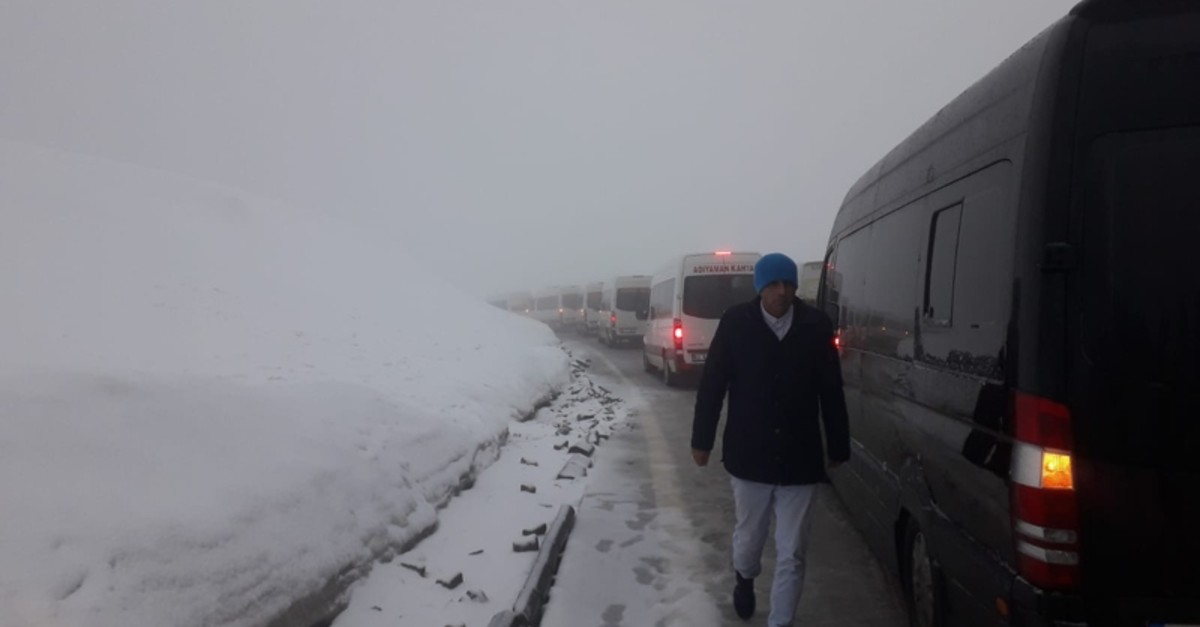 A group of tourists who were stuck on a mountain in southeastern Turkey's Adıyaman province Saturday due to heavy snowfall and storm was saved after five hours of rescue efforts.

Around 70 vehicles carrying the group of tourists were stranded due to a heavy snowstorm on their way up.

The Provincial Directorate of Highways Units were dispatched to the area to rescue the tourist group immediately after they were informed about the incident.

The tourists took shelter in the facilities near Mount Nemrut with the assistance of rescue workers, reports said.

The tourists were able to safely return from the mountainside with their vehicles after five hours of rescue works under adverse weather conditions.