Building 'smart cities' should be prioritized in Turkey, expert says 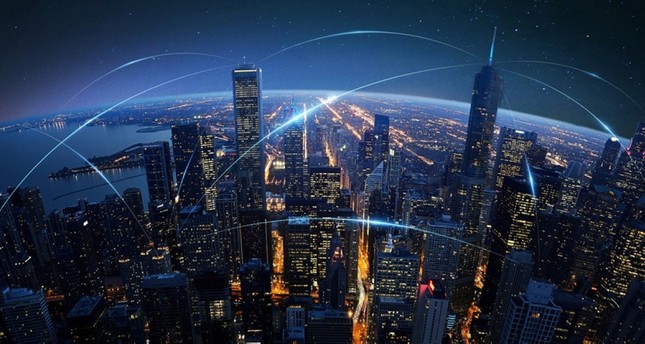 Eight cities in Turkey are expected to become "smart cities" by 2025, according to an expert.

The smart city is a new approach to urban planning with a goal of connecting everything using technologies which generate data that is used to improve city services and infrastructure and ultimately residents' quality of life.

Mustafa Siyahhan, an instructor at Bilkent University in Ankara, told Anadolu Agency these eight cities are not smart cities yet but can be currently labeled as sustainable cities.

Siyahhan, a retired personnel of Turkey's Culture and Tourism Ministry, said although there have been some developments as far as smart cities are concerned, currently, there is not any city in Turkey that could be labeled "smart."

The European Capital of Smart Tourism competition is an initiative which recognizes outstanding achievements by European cities as tourism destinations in four categories: sustainability, accessibility, digitalization and cultural heritage and creativity.

Regarding these categories, Siyahhan said: "Turkey has a number of cultural assets which are registered with UNESCO. But when it comes to accessibility and providing information about such assets, we do not have the necessary infrastructure."

He said there is an application called "Digital Tour Guide" which provides tourists with information directly through their mobile phones.

"In that case, we will not need any tour guides anymore," he said, adding tour guides and travel agency employees should contribute toward developing such applications.

Highlighting the importance of government and private sector coordination in creating smart cities, Siyahhan said the government should establish an independent authority for each city that would be responsible for the creation of necessary infrastructure.

He said the transformation into a smart city is basically the responsibility of municipalities because they are actually the organization that is responsible for providing all the public services to the city.

"I think if it is well-planned, five years is enough to develop such infrastructure because Turkey has already developed certain things in digital format," he added, citing Amsterdam as an example, which completed its transformation into a smart city in 12 years.

"If we can start with Ankara, other cities will follow. Definitely, they will find ways to join the crowd," Siyahhan said, adding that willingness and dedicated work are crucial.

Siyahhan said becoming a smart city should be a priority for all cities if they would like to accommodate visitors, whether domestic or international.