April 23: A day dedicated to the world's children 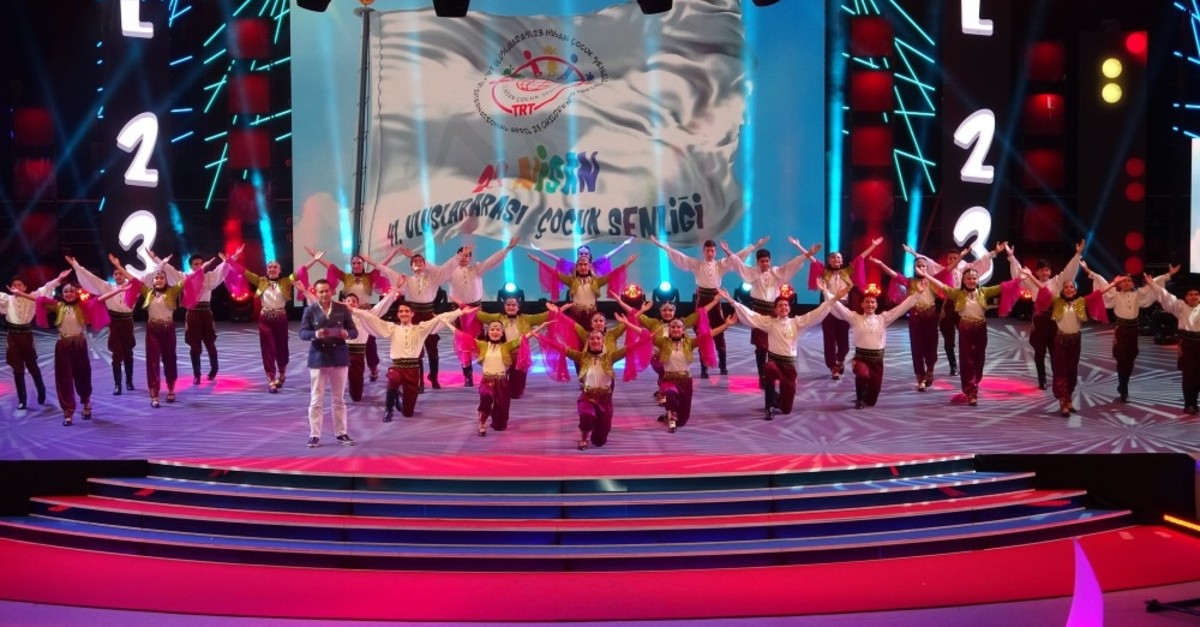 Turkey marks its April 23 National Sovereignty and Children's Day today, a unique occasion devoted almost a century ago to children, where youngsters from around the world bond with their Turkish peers and have fun

April 23 is the date of the opening of the Turkish Grand National Assembly, the first parliament of the then-fledgling republic, but for children, the day has a whole other meaning. It is Children's Day, a unique occasion where the children of the nation and from around the world come together for a series of fun events. A festive mood is already in the air as events started on Monday and earlier for children.

Festivals specializing in children's events were launched while businesses offer discounts on toys and other products available for children to honor the day, which has turned into a weeklong event over the years. Every grade school across the country organizes festivities with students performing plays and dances, while parents are given a half day off.

The culmination of festivities is expected to be in the Presidential Complex in the capital Ankara. Some 800 children from 40 countries arrived in Samsun, the northern city that hosted the 41st edition of the Children's Festival organized by public broadcaster TRT. Children, hosted by families in the city, performed folk dances and played with their Turkish peers over the weekend and were set to visit the Presidential Complex today for a special program to honor the occasion. 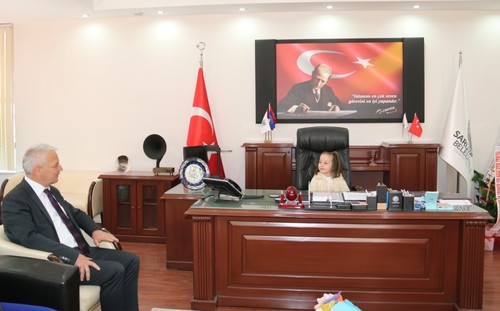 Mayors and governors handed over their seats to children for the day on April 22 and April 23.

President Recep Tayyip Erdoğan issued a message yesterday for Children's Day and said they were working for children to live in a stronger, richer and more stable country. "April 23 is a day we celebrate hand in hand with the world's children, and it is the most beautiful display of the value our nation gives to children. We hold children in high esteem and our greatest desire is to leave them a bright future," Erdoğan said in his message.

Children's Day is also an occasion for children to take over the seats the adults occupy. On Monday, several mayors and governors, as well as police chiefs and military commanders and other high-ranking officials, left their seats to children for one day. Children symbolically gave orders as they sat in the high offices, like "free entry for all children to the zoo," as a young girl who took over from the governor of the central province of Kayseri ordered. The president, ministers, parliamentary speaker and other top officials were also set to hand over their seats to children in today's celebrations.

A unique event was held in the Esenler district of Istanbul for Children's Day. Around 85 children from Turkey, Indonesia, Bosnia-Herzegovina, Kosovo, Sudan, Pakistan, Azerbaijan, Albania, Palestine and Afghanistan came together for a "peace bread" festival where they baked bread with flour they brought from their countries.

The date, originally marked as a holiday on the occasion of National Sovereignty Day, has also been celebrated as Children's Day since 1935. It dates back to earlier years, though, according to historians. It was first observed unofficially in 1925 as a children's day by a children's charity endorsed by Mustafa Kemal Atatürk, the founder and first president of the Republic of Turkey, who declared the day as Children's Day. Atatürk, who had no biological children, was a foster father to a number of children and is known for his good interaction with children. Atatürk had allocated a farm in Ankara and public buildings for the first large-scale celebrations of the day in 1927. "I dedicated this day to children to show respect to the children. Respecting them equals respecting the future of the nation," Atatürk was quoted in his dedication of April 23 to the children.