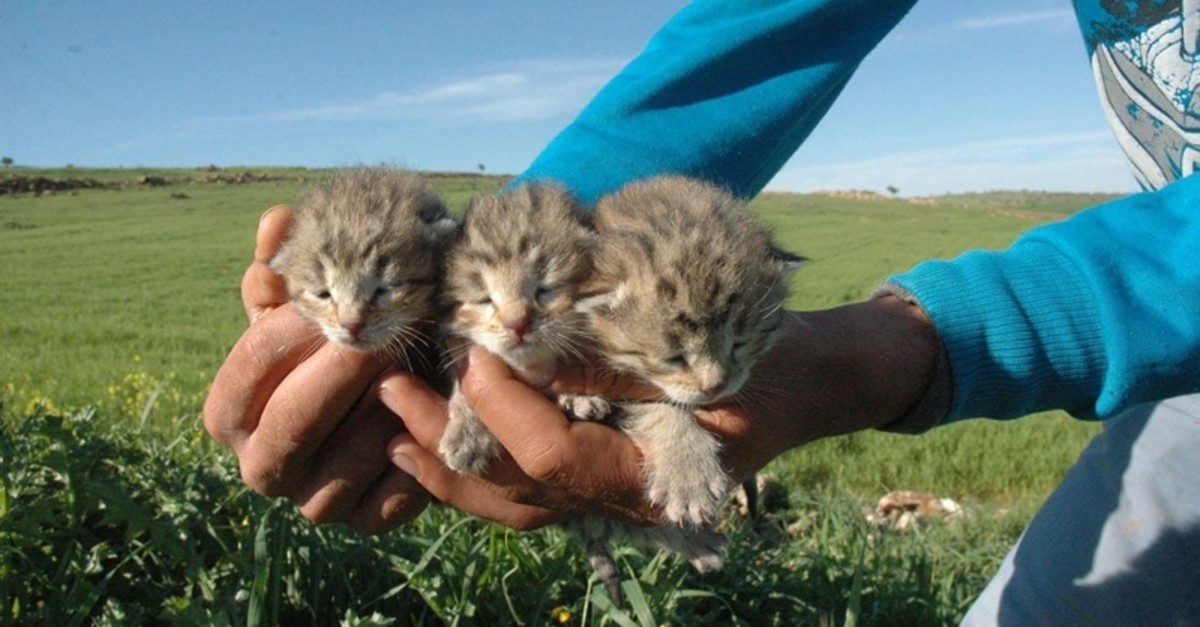 An adult leopard and its three cubs have recently been spotted near a village in southeastern Turkey's Diyarbakır province.

Shepherds from Karabudak village in Çınar district said they saw a grown leopard a day after discovering the cubs while grazing their sheep.

The General Directorate of Nature Protection and National Parks sent teams to the area after receiving reports of the sighting. The team did not find any leopards, but confirmed that the animals in the photos taken by the villagers were indeed leopard cubs.

The officials said they would later come to the area again for more inspections.

In 2013, a shepherd from another village in Çınar claimed that he was attacked by a leopard before a man shot it with a rifle.

According to a 2005 research, Turkey was home to fewer than five Persian leopards, whose natural habitat is mostly in northern Iran and adjoining territories.