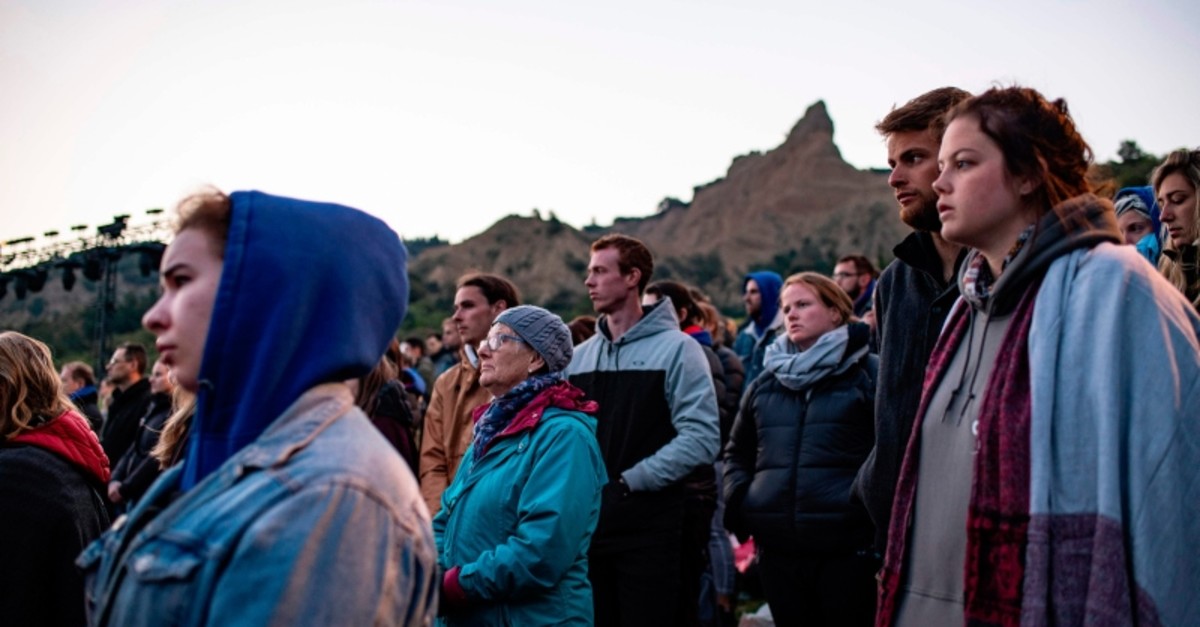 Visitors from Australia and New Zealand gather during a Dawn Service ceremony at Anzac Cove Beach, at u00c7anakkale on the Gallipoli Peninsula early April 25, 2019. (AFP Photo)
by Daily Sabah with Wires Apr 25, 2019 1:02 pm

Over 1,200 visitors from Australia and New Zealand attended the annual dawn service in Turkey's western Çanakkale province early Thursday to commemorate the fallen Australian and New Zealand Army Corps (ANZAC) soldiers who fought side by side in World War I on the 104th anniversary of their landing on Turkish soil.

Thousands of Australians and New Zealanders made the trip to the former battlefields overlooking the Dardanelles Strait for the annual sunrise commemoration of the start of the eight-month campaign. April 25 is also known as ANZAC Day in Australia — a significant national holiday that honors the ANZAC soldiers that fought and died in 1915.

As they do every year, participants stayed out overnight at the commemoration site in sleeping bags and blankets in cold weather, waiting for the emotional service to start as they watched documentaries and interviews on the World War I Battle of Çanakkale.​ 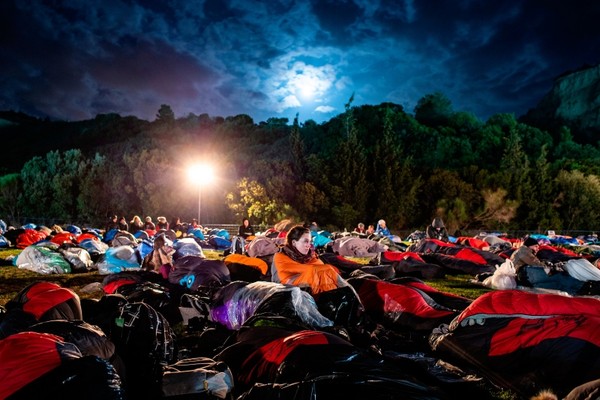 However, the service this year went ahead with increased security measures after Turkish police arrested an alleged Daesh member who was thought to be planning an attack on the day. Representing Australia at the service, Australian Defense Force Chief Gen. Angus Campbell praised Turkish police and military security.

Mallard said thousands did not gather each year to celebrate failure or success, but to pay tribute to the fallen.

"As we remember the sacrifices made here in 1915 we come together with comrades and former foes, now friends [...]," he said, adding that it was "hard to imagine what a little corner of Hell" the Gallipoli peninsula had been in 1915. 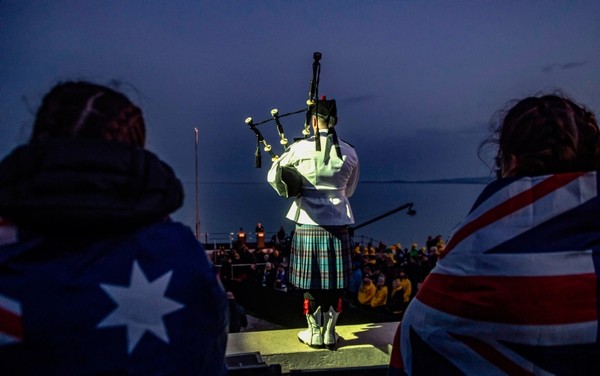 Mallard also paid tribute to those who lost their lives in recent terror attacks in New Zealand and Sri Lanka. "The Anzac Cove continues to have a special place in the hearts of all of us and it informs our rejection of extremism and of terrorism, whether it occurs in Turkey, in Australia, in New Zealand or in Sri Lanka. At this service and at other services around the world today, we reaffirm the special ties between Australia, New Zealand and Turkey, and the continuing relevance they have as we seek to uphold their values," he said.

Turkey's founder Mustafa Kemal Atatürk, who made a reputation as one of the commanders in the battle halting ANZAC advance, was quoted at the memorial as the first president of the Turkish Republic saying in 1934: "You, the mothers who sent their sons from faraway countries, wipe away your tears; your sons are now lying in the soil of a friendly country and are in peace. After having lost their lives on this land they have become our sons as well."

Atatürk's letter to commemorate the Gallipoli War said: "There is no difference between Johnnies and Mehmets to us where they lie side by side here in this country of ours." 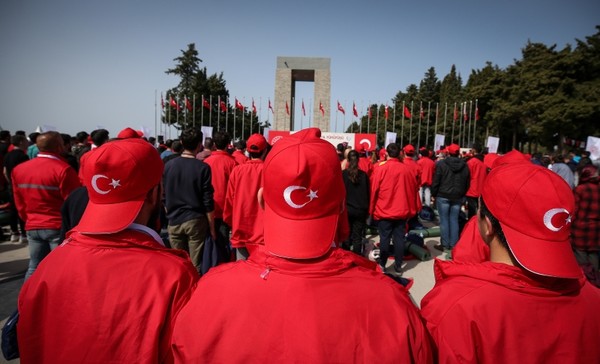 Elsewhere, hundreds of Turkish youth on Thursday walked the path leading to the theater of one of the most decisive battles in the Gallipoli Campaign. They tracked the footsteps of their ancestors on a 5-kilometer (3.1-mile) walk to Chunuk Bair (Conkbayırı) to re-enact the march by the 57th Regiment led by then Lt. Col. Mustafa Kemal to the higher ground, where Ottoman troops halted the advance of the ANZAC soldiers, preventing defeat in the campaign. He was later promoted to the rank of colonel and assumed command of larger forces that participated in key battles of the campaign. A 104-meter (341.2 feet) long Turkish flag was carried by the marchers as 2019 marks the 104th anniversary of the battles.

Allied Forces started their attack on March 18 — the day commemorated as Çanakkale Naval Victory Day — but the waters were filled with a network of mines laid by Ottoman vessels while land batteries showed a stiff resistance against much superior Allied firepower.

On April 25, 1915, nine months into the World War I, Allied soldiers landed on the shores of the Gallipoli peninsula. The troops were there as part of a plan to open Dardanelles Strait to Allied fleets, allowing them to threaten Ottoman capital Istanbul, part of Central Powers led by Germany, and help their ally Russian Empire. Allied Forces, however, encountered strong and courageous resistance from the Turks and the campaign turned out to be a costly failure. Tens of thousands of Turkish nationals and soldiers died, along with tens of thousands of Europeans, plus around 7,000 - 8,000 Australians and nearly 3,000 New Zealanders. 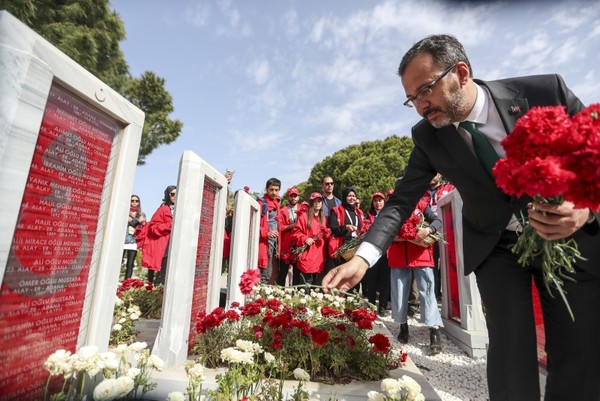 The costly victory against the Allied forces boosted the morale of the Turkish side, which went on to fight until 1918, surpassing most expectations. Ottomans were eventually defeated as fronts in Iraq and Palestine collapsed with their ally Germany also on the brink of defeat and Bulgaria surrendered, exposing Istanbul to Allied forces landed in Greece.

Turks, led by their Gallipoli hero Mustafa Kemal, went on to wage a war of independence between 1919 and 1922, and eventually formed a republic in 1923 from the ashes of the old empire.