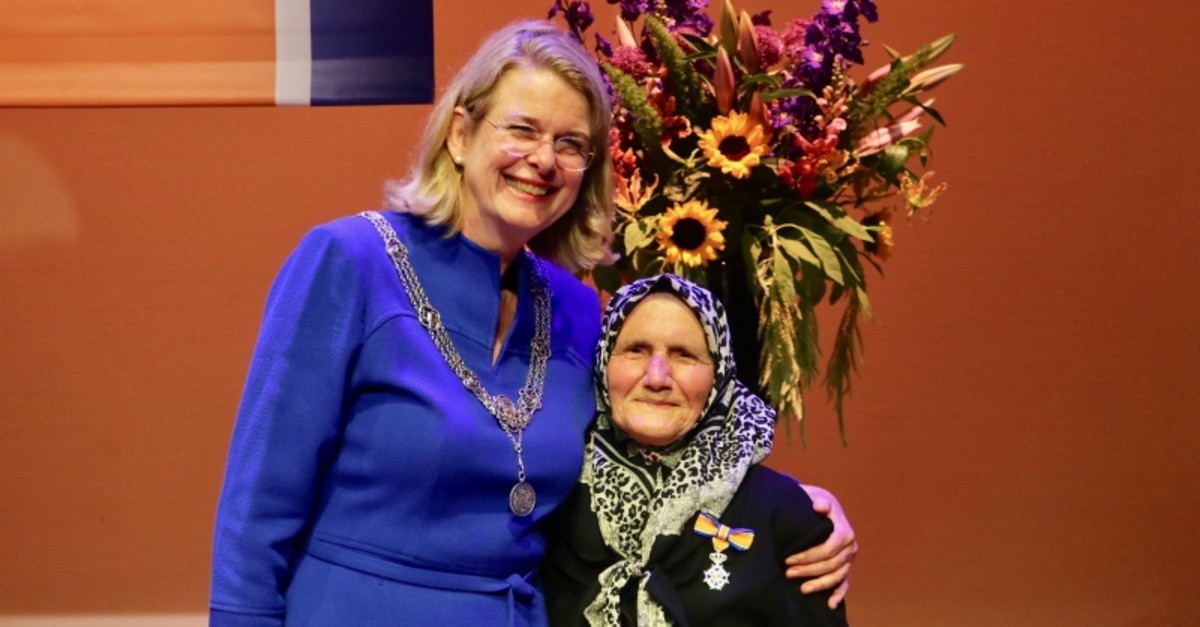 An 82-year-old Turkish-Dutch woman has been awarded a royal order of chivalry for over two decades of volunteer work in the Netherlands.

Zehra Türker, who has volunteered with various community organizations since 1997, received her royal order from The Hague Mayor Pauline Krikke at the Theater Diligentia.

Türker was born in the northwestern Turkish province of Kırklareli and later immigrated to the Netherlands. She was actively involved in aid work in Turkey and also devoted many years to community service in multiple Dutch cities, forming a bridge between the two countries through her service.

Türker told Anadolu Agency that she was happy to receive the royal order.

"I did this aid work because I love my nation very much," she said. "I didn't expect to receive such an award, but I knew that my good deeds would one day be rewarded."

The orders are presented as part of celebrations marking King Willem-Alexander's birthday on April 27.

This year, 1,003 women and 1,861 men were presented with civilian orders of chivalry. Among this year's order recipients, the oldest was 94 years of age and the youngest was 25.

More than 100 Turkish-origin Dutch citizens residing in various cities across the Netherlands have previously received a royal order for volunteer work.