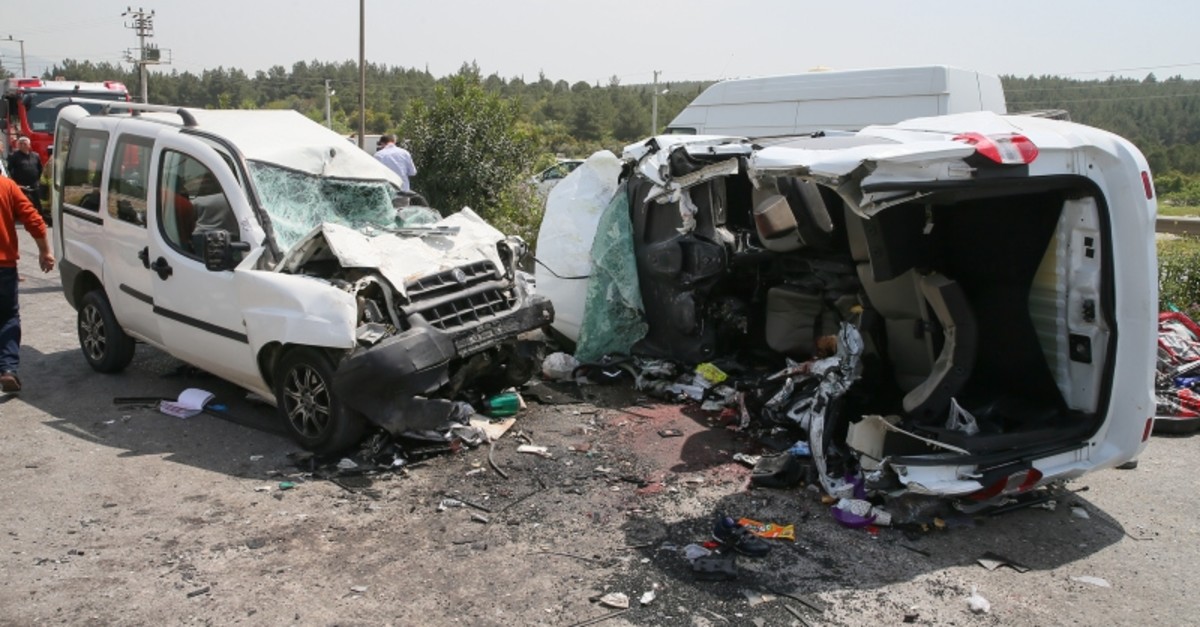 A tragic traffic accident killed Saturday a family of seven, including three children and a baby, in western Turkey's Izmir.

All seven people inside the vehicle, reportedly a family on their way to have a picnic when the crash occurred in Kaynaklar area of Buca district, died in the accident. The other driver survived the accident, but was injured and transferred to a nearby hospital.

The road was closed to traffic as police and first responders arrived at the scene, causing a jam and kilometers-long queues on the road, which is heavily commuted during the weekends as it leads to the city's largest picnic area.