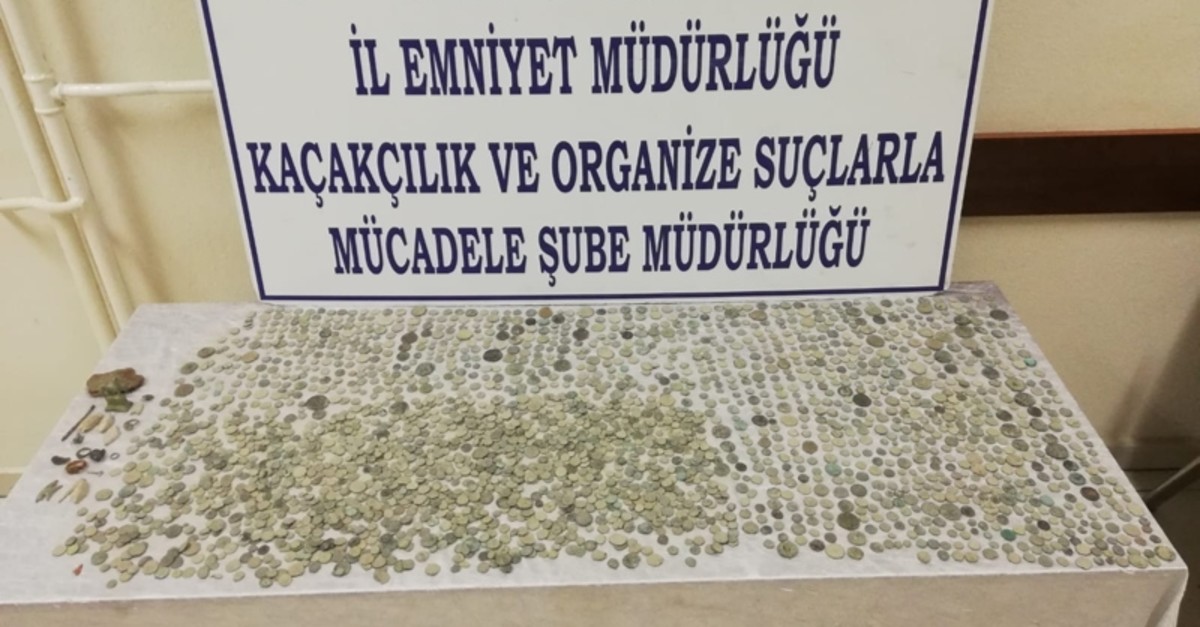 Turkish security forces confiscated more than 2,500 Roman and Hellenistic-era coins along with several other historical artifacts in an anti-smuggling operation in central Turkey's Kayseri province Tuesday.

The anti-smuggling branch of the provincial security directorate seized 2,505 coins, estimated to date back to the East Roman Empire and Hellenistic period. A horse statuette, ring and other metal objects were also seized.

The suspect, identified as S.Y., was caught red-handed by police after authorities discovered his plan to sell the artifacts.

The artifacts were later delivered to the provincial museum's directorate.