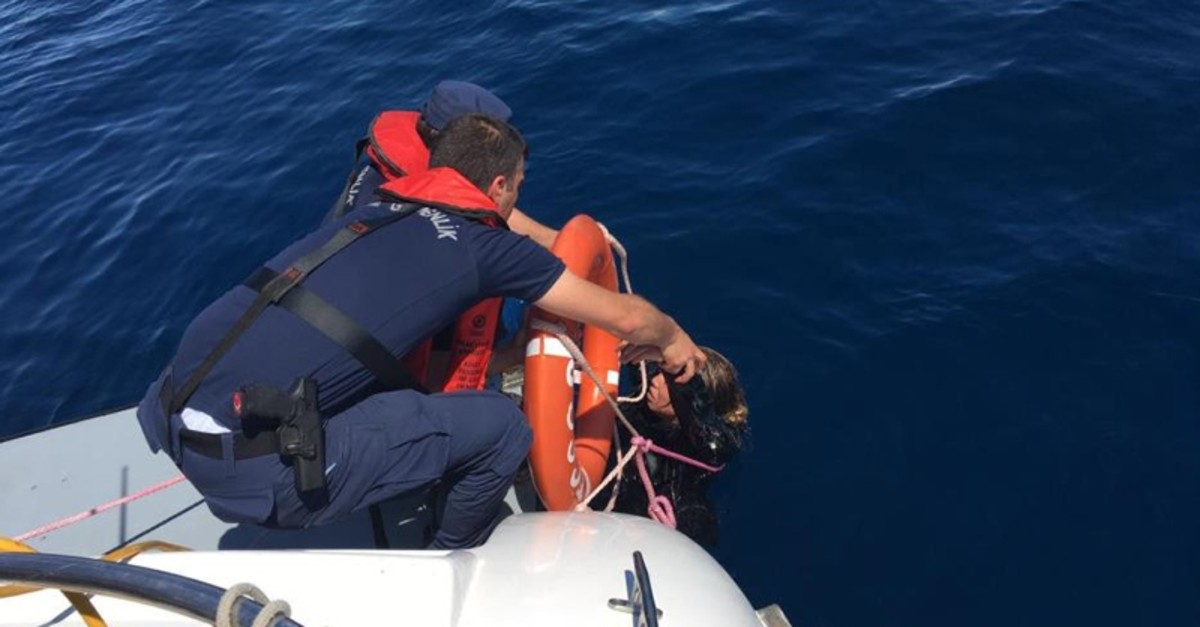 Migrants, whose nationalities were unknown, departed the town of Ayvalık in Balıkesir province early Friday, to reach Greece. The Demirören News Agency (DHA) reported that those aboard were members of three Afghan families though it was not confirmed by authorities. Coast Guard boats and helicopters rushed to the scene after locals reported the sinking of the boat west of a small Turkish islet off the Ayvalık coast. Five migrants were rescued by the Coast Guard, while the search was underway for three missing migrants. Unconfirmed reports say there were 17 people aboard the small boat, including one who arranged the journey. The organizer was among three missing persons, and it was not clear whether he was a smuggler or a migrant.

It is the deadliest migrant boat disaster since four people died off the coast of Ayvacık, a town in Çanakkale in western Turkey in March. Despite warnings and continuous operations to stop them, illegal migrants still travel to Turkey's western shores to cross to Greece whose islands are located a few nautical miles away from Turkey's Aegean coast. Last year, 25,398 people were stopped on the Aegean Sea en route to nearby Greek islands, while 65 people died when their boats sank.

The number of those taking to the seas to reach Europe from Turkey's coasts decreased 17.6 percent in the first four months of this year compared to the same period in 2018, according to the latest figures. To reduce the number of illegal migrants on the dangerous Aegean Sea route, Turkey and the European Union signed an agreement in 2016. The deal stipulates that Greece is to send migrants held on its Aegean islands back to Turkey. In return, Turkey is to send Syrian migrants it hosts to various European Union countries.

The deal also saw an escalated crackdown on human smugglers and increased sea patrols to prevent immigrants, and for a while, it helped reduce the number. Yet, some desperate migrants still take the route even in winter when a safe journey through the Aegean is nearly impossible aboard overcrowded, unsafe dinghies.