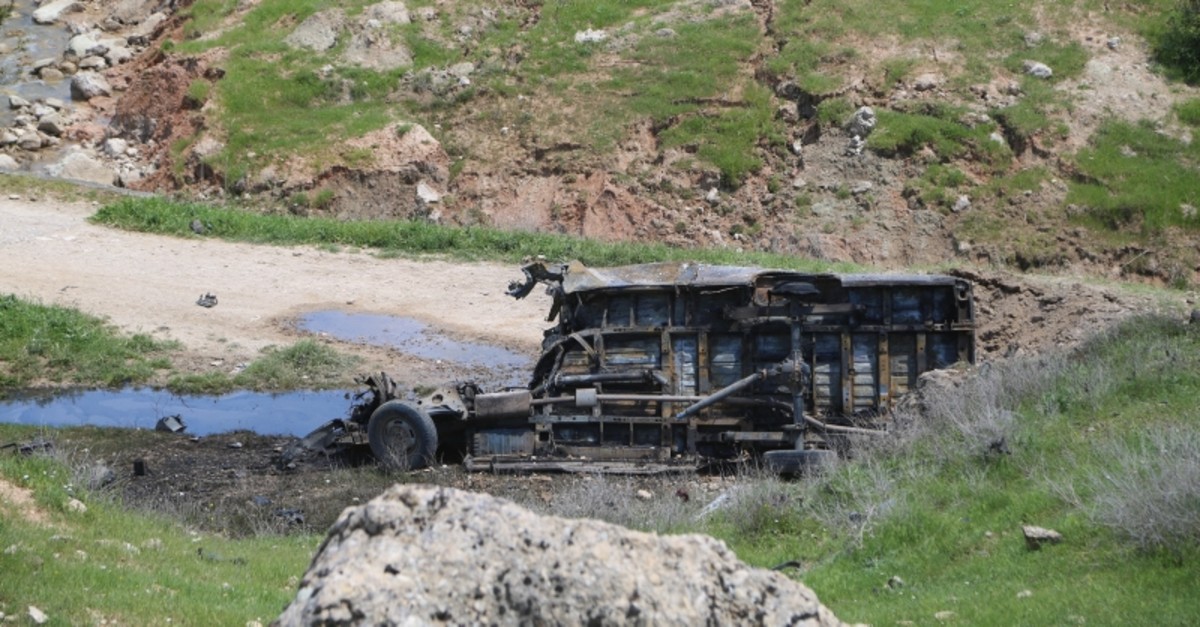 PKK terrorists detonated a bomb as a minibus with civilians passed on a road in southeastern Turkey's Şırnak province, killing two people.

The passengers were reportedly on their way to the Silopi town, returning from a picnic on the slopes of Mount Cudi in the Uyanık village, when their minibus was hit by the explosion.

The driver, 28-year-old Servet Bilen, and his 13-year-old brother, Diyar Bilen, were killed.

Also on Sunday in Şırnak, two Turkish soldiers were killed during a clash with PKK terrorists, the Defense Ministry said in a statement.

The attacks come after three soldiers were killed Saturday in the neighboring province of Hakkari by PKK shelling from northern Iraq, and a fourth was killed in clashes with the PKK's Syrian affiliate People's Protection Units (YPG) in Tel Rifaat in northern Syria, the Defense Ministry said.

The Turkish military launched a wide-scale air-supported counter-terrorism operation against the terrorists in response to the soldiers' deaths, neutralizing 28 PKK/YPG terrorists, according to the Defense Ministry.

Separately, security sources said Sunday that Turkish airstrikes had neutralized five PKK terrorists in northern Iraq as part of an operation launched to retaliate against the cross-border attacks a day earlier.

The airstrikes targeted the area across the border from the southeastern province of Hakkari, the sources said, adding that the army's operation in the region continued.

The PKK is listed as a terrorist organization by Turkey, the U.S., and the EU. In its decadeslong terror campaign against Turkey, the group has been responsible for the deaths of more than 40,000 people, including women and children.