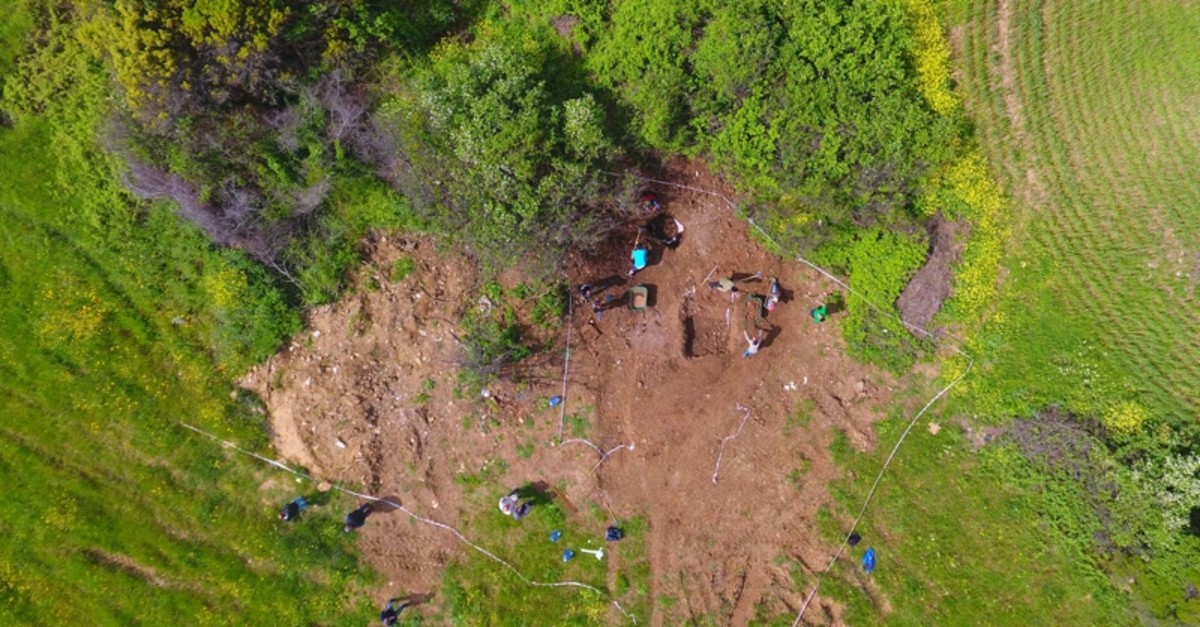 Acting on a tip-off about the illegal excavation, provincial gendarmerie forces launched an operation in Güreci village in Lapseki district and detained four suspects. They were later arrested by court order.

The mosaic was found in a property belonging to Fahrettin Enan, near the ancient city of Parion (or Parium) — an ancient Greek city that was located on the border of the historical lands of Troad and Mysia.

Officials from the provincial directorate of museums will now conduct a rescue excavation in the area. Archeologists have not yet pin pointed the exact origins of the ancient art, but say it will become clear with further examination.