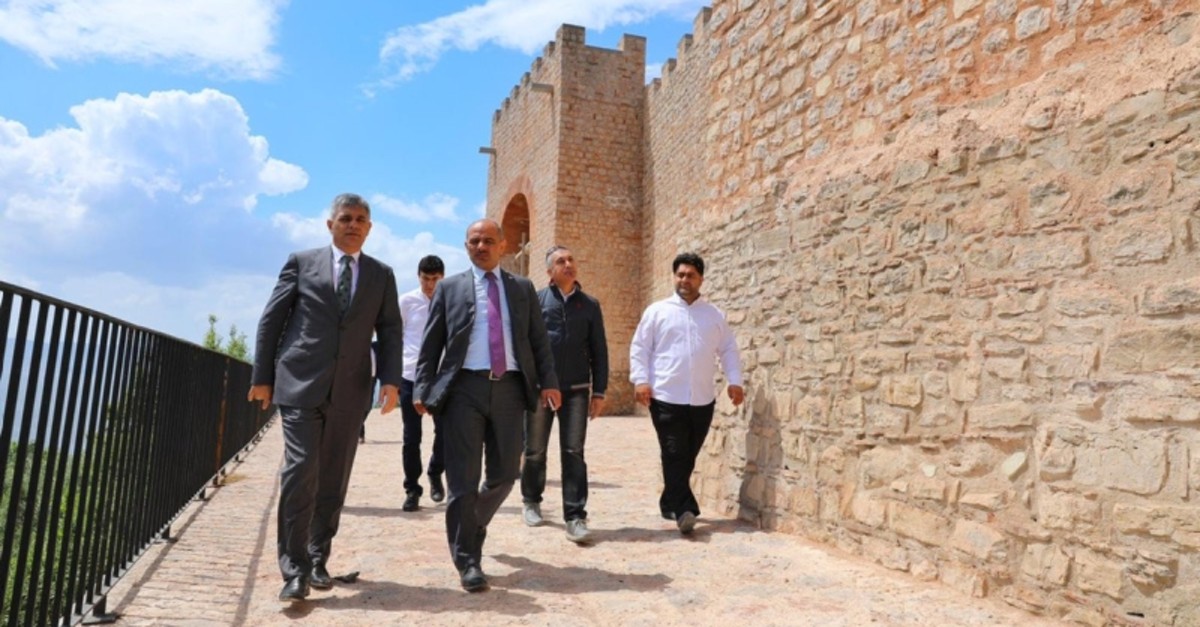 The end is in sight for restoration works on a historic castle from the Byzantine Empire in western Turkey's Kocaeli province, the district mayor said Wednesday.

Restoration and recovery works on the 1,400-year-old Hereke Castle in Körfez district was started four years ago by the Provincial Culture and Tourism Directorate, and now the third stage of works is nearing completion.

District Mayor Şener Söğüt said that he hopes the historic castle, which was estimated to have been built in A.D. 650, will attract more and more tourists from now on, taking visitors through a historical journey by turning the ancient monument into a living museum.

"We will create a living history museum not only in its appearance but also one that functions as a [sensory] experience taking visitors on a journey through time," Söğüt said.

The municipality has also earned an award for its restoration works on the Hereke Castle — a historical building which was also mentioned in "Seyahatname" (Book of Travel), the travel log of the famous Turkish traveler Evliya Çelebi. The Körfez Municipality was granted an award at "Motivating Historical and Cultural Heritage Protection Projects and Practices" competition organized at the Antalya Expo Center in 2017, and received by then-mayor İsmail Baran.