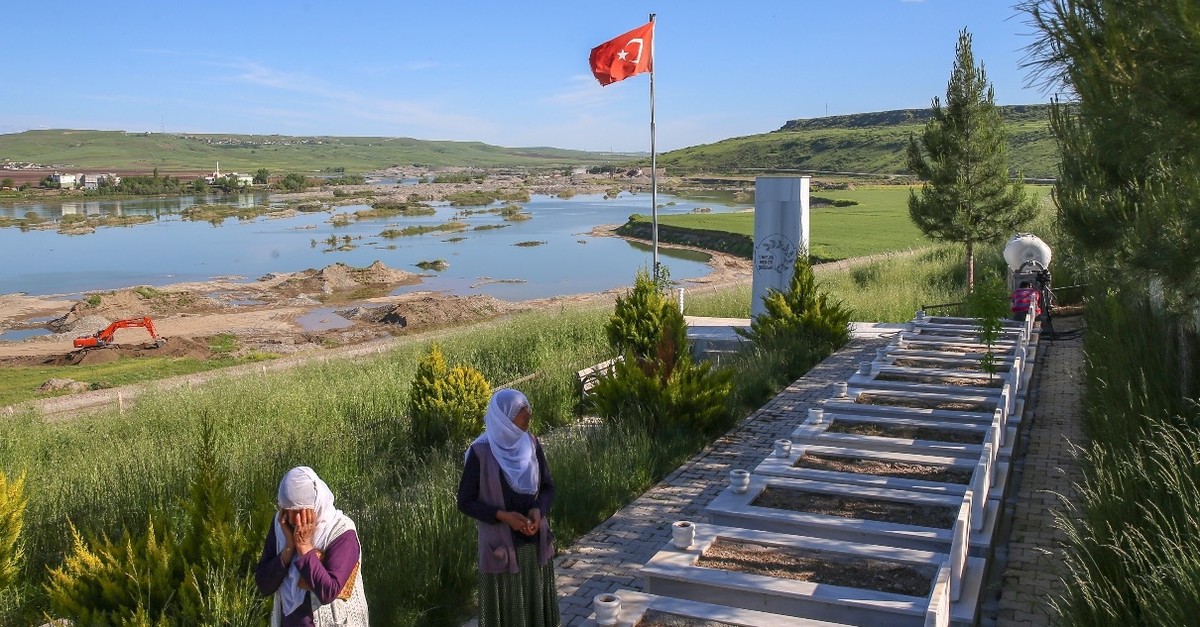 It has been three years since the PKK terrorist group committed one of its most brutal atrocities in recent memory and killed 16 civilians in southeastern Turkey. The massacre in the Dürümlü district of Diyarbakır province was remembered as a tribute to those who unknowingly prevented a larger attack.

PKK terrorists who hijacked a truck from Bingöl province had loaded it with 15 tons of explosives and brought it to the Sur district of Diyarbakır on May 12, 2016 to detonate it in another area. When locals got suspicious of the parked truck, the militants fled and drove toward Dürümlü. As the locals closed in on them, the terrorists detonated the truck, killing 16 people at the scene and injuring another 26. All of the victims who died there were relatives, and the blast was the last large-scale attack by the terrorist group before it faced a relentless crackdown that significantly reduced its numbers and attacks.

"It still feels like it was yesterday," Hacı Çelebi Yaman, who lost his two brothers, uncle, cousins and nephews in the attack, said. "May the curse of God be upon them," he said about the terrorists. Yaman wasn't at the scene that day but fluidly remembers what transpired. "We were hanging out together to mourn an uncle [who passed away the day before]. I had a headache and left for home. I was laying on the bed when I felt something happened. It was like something fell on the house, but there was silence. I called my brother [who died in the attack], but his cellphone was turned off. Then, I called my father, and he was repeatedly asking, 'Are you alive? Are you alive?' I asked them what happened and he told me, 'There is no one left.' That was when I realized that something very bad had happened," said Yaman, recounting the day to İhlas News Agency (IHA).

The explosion left 36 children without their fathers and widowed 8 women, who marked Mother's Day in a solemn mood. Nesibe Yaman, a 63-year-old woman who lost her two sons, says her suffering is still fresh. "They killed them for nothing. They killed us too," Yaman says tearfully. "These people had dreams and all were cut short. I don't know what to say but to cry," she told Anadolu Agency (AA). One thing she kept from victims was presents from her son Tahir for a past Mother's Day. "Tahir gave me a pair of slippers and a ring. This is all I keep. I told my other children not to buy me anything on Mother's Day ever again because it reminds me of my sons," she said.

The Dürümlü massacre was just one of many attacks targeting civilians in the PKK's history since it evolved into a feared terrorist group from its beginnings as a small gang in the 1980s. The group has been responsible for thousands of casualties in attacks since that decade and most attacks were concentrated in southeastern Turkey where it claims to fight for Kurdish self-rule. However, most of the PKK's victims were Kurds living in the southeast.