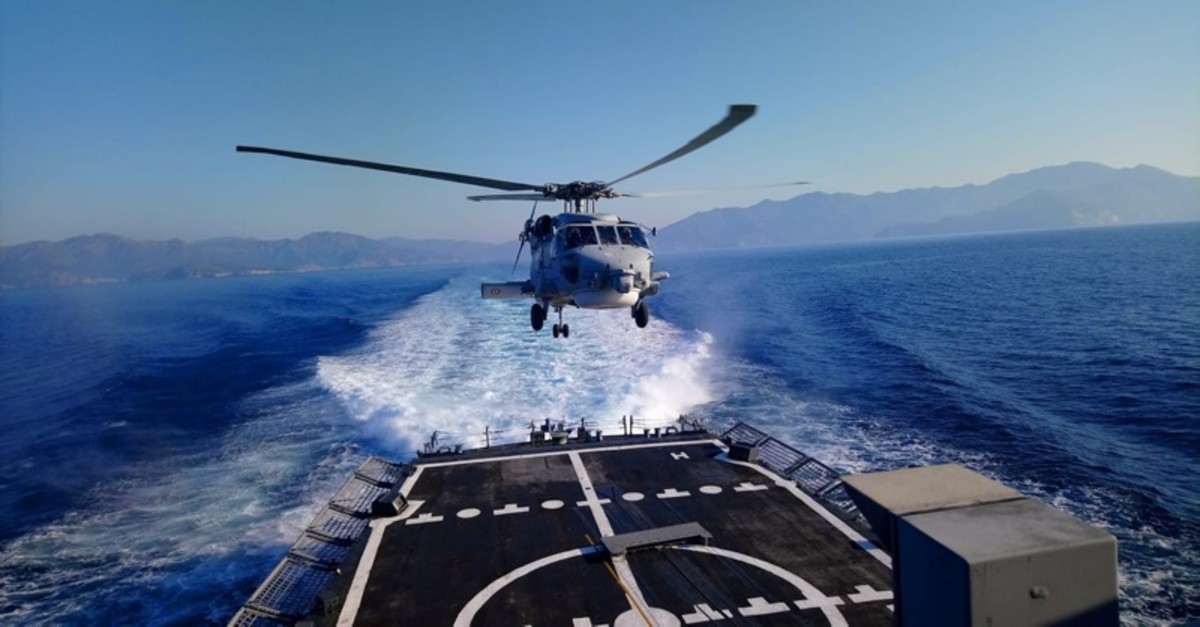 The Sea Wolf (Denizkurdu) 2019 military exercise, which was launched Monday by the Turkish Navy simultaneously in three seas, will show Turkey's strong will against national security threats.

"With the exercise, we aim to show Turkish Armed Forces' resolution and capability in protecting the country's security as well as its rights and interests in the seas," National Defense Minister Hulusi Akar said Sunday in a fast-breaking dinner at National Defense University (MSÜ). He was accompanied by top military commanders including Chief of Staff Gen. Yaşar Güler and commanders of land, air and naval forces.

The exercise, supervised by the Turkish navy, will run through May 25 in the eastern Mediterranean, Aegean and Black Sea with 131 warships, 57 warplanes and 33 helicopters and participation of 25,900 military personnel, the Turkish General Staff said in a statement.

During the drill, Turkish Naval Forces will carry out strategic and operational exercise with scenarios similar to crisis-tension situations and wartime.

The exercise aims to boost the Turkish Navy's units and capacity and will involve the use of domestically produced arms systems and other systems.

As in all the other sectors within the defense industry, the Turkish Navy has taken significant steps in recent years to modernize its fleet, increase combat capability and become stronger in the face of growing intimidation and national security threats.

The Turkish shipbuilding industry has also made significant progress in the area of military shipbuilding recently, carrying out design and engineering services, as well as exporting sub-industry products.

Stressing that the Turkish military determinedly continues its fight against terrorist organizations including the Gülenist Terror Group (FETÖ), the PKK terrorist group and its affiliations and Daesh, Akar said that the Turkish Armed Forces also take necessary measures to protect Turkey's rights and interests in the Eastern Mediterranean and Cyprus.

"Naval forces will continue its activities with the highest technology based upon domestic defense industry. With showing maximum attention to good relations with our neighbors, we will protect our people's interests in the Black Sea, Aegean Sea and Mediterranean Sea," he said.

Turkey has consistently contested the Greek Cypriot administration's unilateral drilling activity in the Eastern Mediterranean, saying Turkish Cypriots also have rights to the resources in the area. Cyprus has been divided since 1974, when a Greek Cypriot coup followed decades of violence against the island's Turks and Ankara's intervention as a guarantor power.

The drill became the second grand naval exercise of the country in three months. In February, Turkey held "Blue Homeland 2019," with over 100 vessels on all three seas surrounding the country. The flotilla included 13 frigates, six corvettes, 16 assault boats, seven submarines, seven mine hunting vessels and 14 patrol boats, as well as other navy vessels. The drill was planned six months in advance in line with NATO rules and regulations.