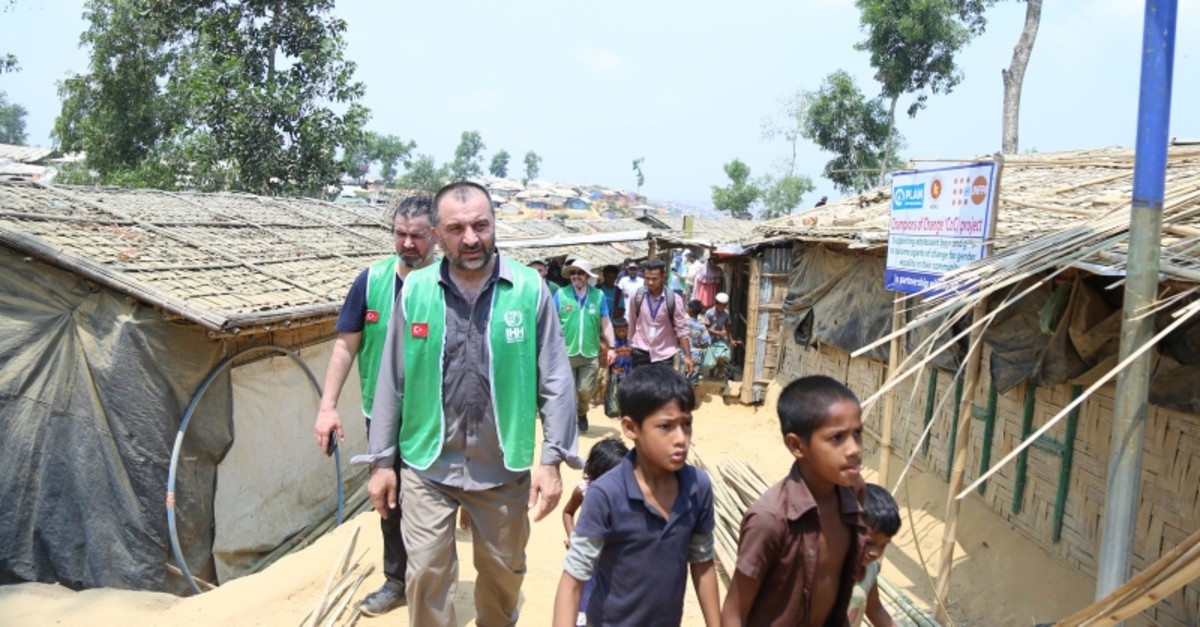 A Turkish aid agency has built a village for Rohingya refugees in Bangladesh's Cox Bazaar region.

"Thanks to these houses, our Muslim brothers and sisters got electricity in their houses for the first time. We have put solar panels on every house," said Halil Asa, a representative of the Humanitarian Relief Foundation (IHH), a leading Turkish aid group.

"The Rohingya see Turkey a source of optimism. They see a hope when they know you are from Turkey and carry a Turkish flag on your clothes," the IHH official said.

Rohingya, described by the U.N. as the world's most persecuted people, have faced heightened fears of attacks since dozens were killed in communal violence in 2012.

According to Amnesty International, more than 750,000 Rohingya refugees, mostly women, and children, have fled Myanmar and crossed into Bangladesh after Myanmar forces launched a crackdown on the minority Muslim community in August 2017.

The report also said that more than 34,000 Rohingya were thrown into fires, while over 114,000 others were beaten.