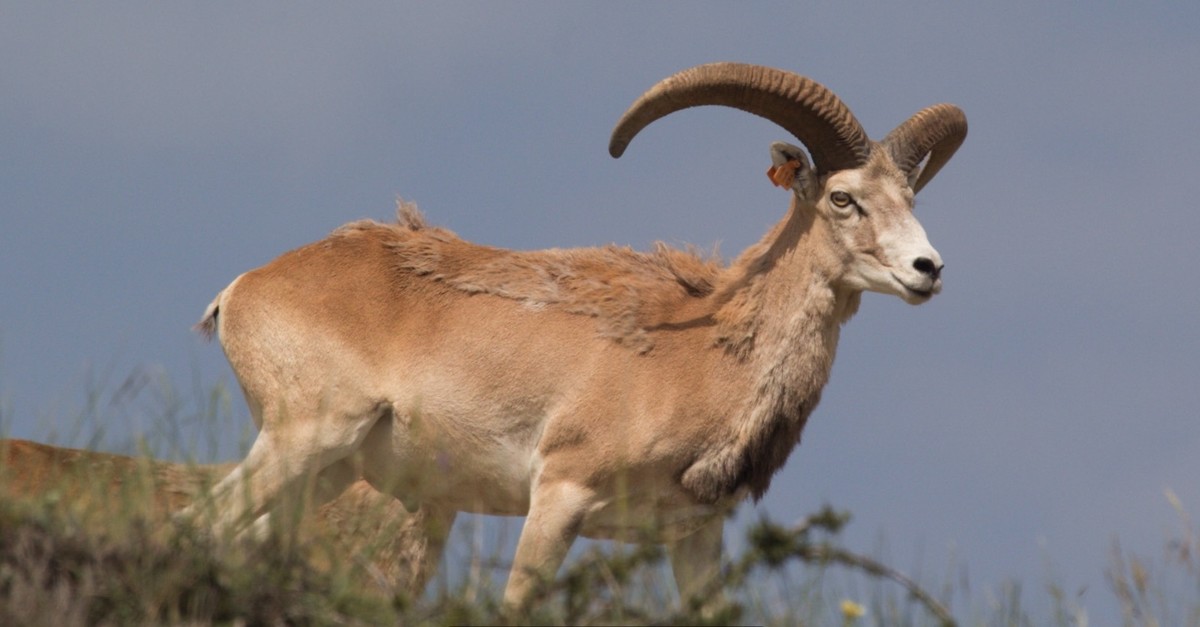 Three centers had been established in Turkey to put Anatolian wild sheep, known as mouflon, under protection some time ago. One of these centers was in Afyonkarahisar province in the country. The number of sheep in this center reached 60 due to new births.

Having the only breeding ground in Turkey around the world, the sheep are called "ceren" by locals due to their large and beautiful eyes. Nevzat Alğan, the Nature Conservation and National Parks Fifth Region Director, spoke to Anadolu Agency (AA) about these endangered species. Alğan said that the Ministry of Agriculture and Forestry has production stations in Konya, Ankara and Afyonkarahisar provinces for the endangered Anatolian wild sheep (Ovis Gmelinii Anatolica).

Noting that they started with 25 animals in the 30-hectare production facility in Şuhut district, Alğan indicated that they had achieved successful results.

"These animals must be in the natural habitat for reproduction. We preferred a very nice place for breeding of animals in the village of İsalı and started with 25 animals from Konya's Bozdağ by putting a wire fence around a 30-hectare area. In our facility under the supervision of a veterinarian and with the help of our staff, we care about the animals and observe them with cameras. As a result of our work, we managed the reproduction of six sheep in 2017, 13 in 2019 and 20 in 2019. This year, it was seen that some animals gave birth to twins. The number of Anatolian wild sheep increased from 40 before to 60 with new births," he continued.

Alğan stated that they are preparing a project for the expansion of the area where the production facility is located. Referring to the fact that the Anatolian wild sheep prefer to live in barren lands rather than forested areas, Alğan remarked, "The forelegs of these animals are short. This is why they do not prefer forested places. Usually, the slopes and flat areas are their natural habitat. Our Şuhut district is appropriate for them."

Alğan also warned hunters about the protection of the Anatolian wild sheep, "We definitely want our citizens who hunt not to shoot these animals. If they are shot, the penalties are very severe. They will have a fine of TL 200,000."