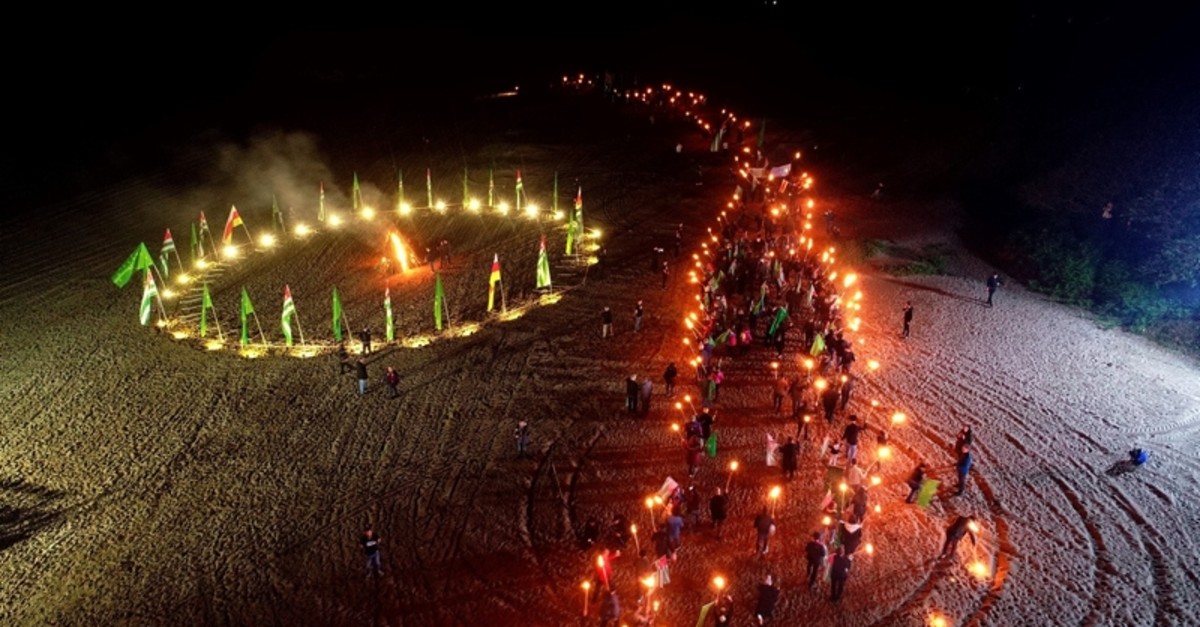 People carrying torches and flags mark the 155 anniversary of the expulsion of Circassians from the Caucasus at a beach in Kandu0131ra district of northwestern Turkey's Kocaeli province, May 18, 2019. (Sabah Photo)
by Daily Sabah May 21, 2019 5:24 pm

A 19th-century tragedy that forever changed the fate of the ethnic Circassian community was remembered on its 155th anniversary yesterday in Turkey.

The community held events and rallied outside the Russian Consulate in Istanbul for the anniversary of their ancestors' expulsion and ethnic cleansing by the Russian Empire. They repeated their demands for recognition of the expulsion and subsequent deaths as genocide at the hands of the now-defunct empire which was replaced by a regime with similar crimes against ethnic minorities. 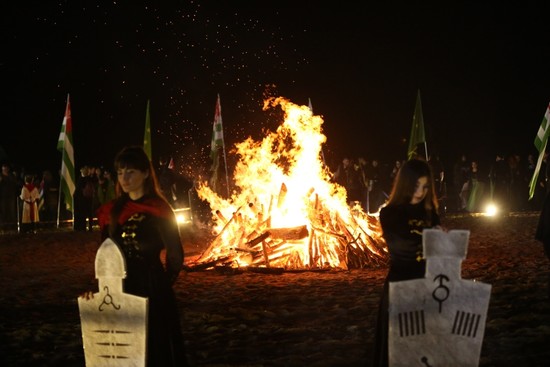 The main events were held over the weekend in Kocaeli where the Federation of Caucasian Associations (KAFFED) organized a convention at a monument dedicated to the exile in the province's Kandıra district. They later marched to the coast with torches and left wreaths in memory of exiles at sea. The district was one of the destinations a large group of exiled Circassians arrived at during the great exile. They were forced to travel by ships to the district and disembarked on the Kandıra shore. They lived in camps and caves in the region but hunger and diseases led to the deaths of many. An account by one of the survivors says 400 people died the day they arrived on the shore 155 years ago. 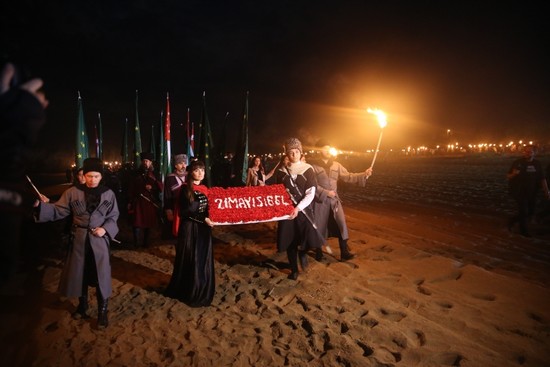 The expulsion of Circassians, who call themselves Adyghe, happened toward the end of the decline of the Ottoman Empire, whose clout spread to the Caucasus, and at a time of an ambitious campaign by the Russian Empire to extend its borders despite tough resistance by locals in the region including Circassians, Abkhazians, Chechens and others. The resistance, which gained prominence through the leadership of Sheikh Shamil, was brutally quashed with the massacres of the local populations and their subsequent exile. Most Circassians were herded onto ships to be transferred from the northeastern shores of the Black Sea to Anatolia. Thousands perished due to hunger and thirst, and many others died when their ships sank. Estimates range from 300,000 to 4 million deaths as a result.

Turkey has a sizable community of Circassians, about 1.5 million to 3 million people although official numbers are not available. They are mainly concentrated in the northern provinces of Samsun, Amasya, Tokat and the northwestern provinces of Sakarya, Kocaeli, Balıkesir and Kütahya. They mark the anniversary of their expulsion, which landed many Circassians in Turkey and other countries in the region, by staging events across the country and rallies outside Russian diplomatic missions on what they call Circassian Genocide and Exile Day. The Circassian genocide is currently only recognized by Georgia, a foe of the Kremlin since the collapse of the Soviet Union. Georgia itself saw mass demographic changes with the Meskhetian Turks it hosted were forced into exile by the Soviet Union.

Politicians, high-ranking officials issued messages to commemorate the anniversary. Fahrettin Altun, the Presidency's communications director, tweeted that Turkey shared the pain of its Circassian brothers and sisters and commemorated "those who died in this tragic incident that started with their expulsion from their homeland Caucasia."

"The pain of Circassian exile that left a dark mark in the history of humanity is not forgotten despite the passing of 155 years," Altun added.