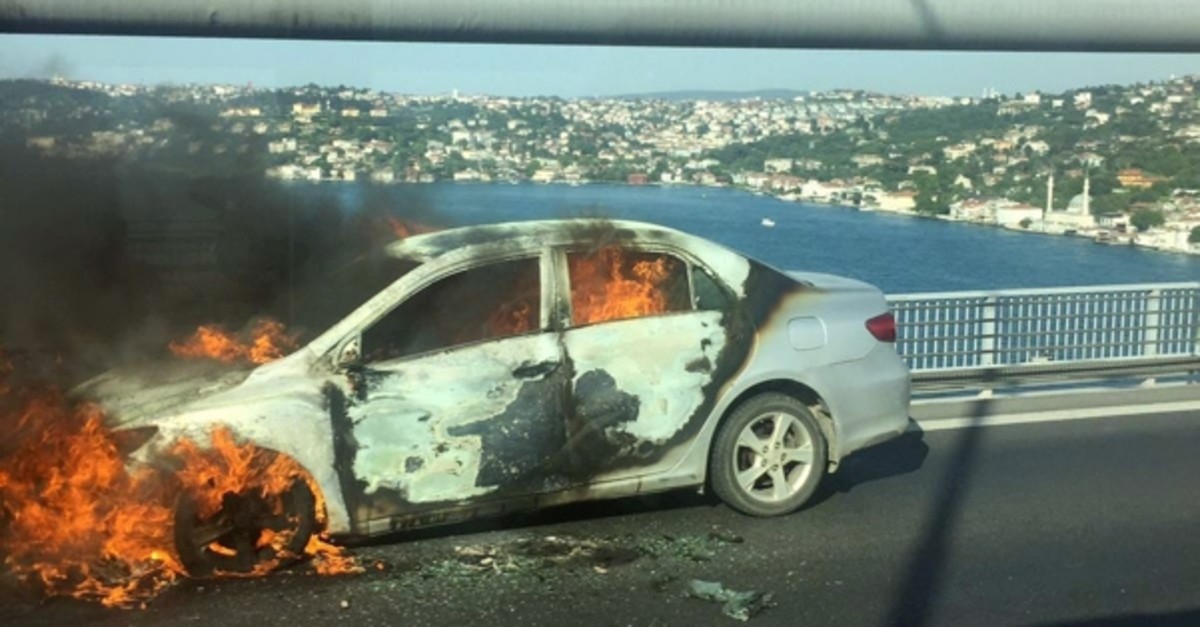 A vehicle burnt to a crisp on The July 15 Martyrs Bridge in Istanbul on Tuesday, with its driver committing suicide by jumping off the bridge into the waters of the Bosporus.

The vehicle in flames caused a temporary shutdown on crossings from the Anatolian side to the European side of the city.

Firefighters extinguished the burning automobile but were unable to locate the driver.

Suspicious of suicide, authorities launched search and rescue efforts in the Bosporus Strait to locate the missing driver.

Authorities said a body belonging to a 46-year-old person was pulled from the water, without revealing the deceased's identity. 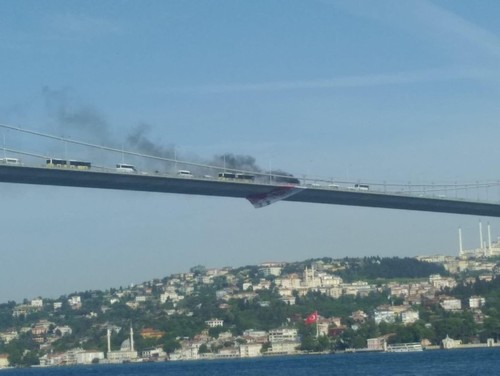 The July 15 Martyrs Bridge and Fatih Sultan Mehmet Bridge have witnessed several suicide attempts in the past.

Perhaps the most famous attempt happened in 2015, when a man climbed onto the bridge's railings to jump off, only to be convinced by a passing President Recep Tayyip Erdoğan to come down.